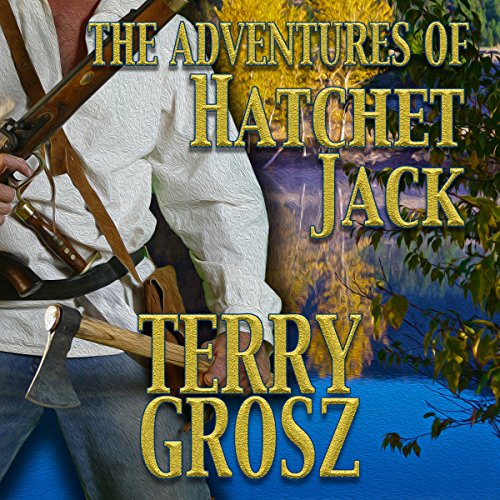 The Adventures of Hatchet Jack

By: Terry Grosz
Narrated by: Clay Lomakayu
Try for $0.00

In the 1830s, Jack Kelly is an Irish lad sold into indentured servitude. Jack's master turns out to be a mean-tempered drunk in frontier St. Louis and treats him harshly. There, Jack learns how to hunt, shoot a bow and arrow, trap, and throw a Tomahawk superbly - gaining his nickname, "Hatchet Jack".

One day, Jack's master beats him to within an inch of his life. Jack vows to escape to the untamed West to become a Mountain Man fur trapper. Thus begins an adventure involving turncoat fellow trappers, deadly betrayal, death on the frontier, battles with hostile Blackfoot Indians, loss, love, fortune, and an ultimate surprise.

The Adventures of Hatchet Jack is an epic story of the life and times of a Mountain Man when the West was young, dangerous, and yet beautiful beyond compare...told only as Terry Grosz can tell it.

What listeners say about The Adventures of Hatchet Jack

the books in this series are great. I enjoy each one. I know a bit about the history of the time and allot of these books could be taken from trappers journals