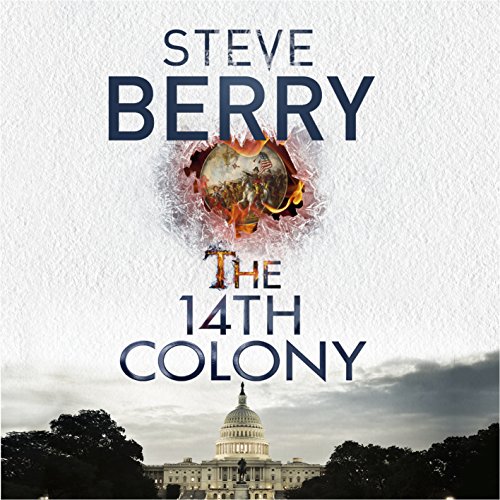 By: Steve Berry
Narrated by: Scott Brick
Try for $0.00

People say the Cold War is coming back. For some it never went away.

Shot down over Siberia in what was to be a simple meet-and-greet mission, ex-Justice Department agent Cotton Malone is forced into a fight for survival against Aleksandr Zorin, whose loyalty to the former Soviet Union has festered for decades into an intense hatred of the United States.

Before escaping, Malone learns that Zorin is headed for North America to join another long-term sleeper embedded in the West. Armed with a Soviet weapon long thought to be just a myth, Zorin is aided by a shocking secret hidden in the archives of America's oldest fraternal organization, the Society of Cincinnati. Past presidents used this group's military offensive - including advice on the invasion of what was to be America's 14th colony: Canada.

Inauguration Day for a new president of the USA is only hours away. Zorin's deadly plan is timed to bring about political chaos. In a race against the clock from Russia to the White House itself, Malone must not only battle Zorin; he must also confront his deepest fear, a crippling weakness that he's long denied but that now jeopardizes everything.

Steve Berry's trademark mix of fact, fiction, history and speculation is all here in this fast-paced and utterly compelling new thriller.

What listeners say about The 14th Colony

Another great instalment in the Malone Series from Steve Berry.
Once again the retired agent gets called upon - this time with a Cold War reincarnation back drop.
At times I thought the storyline was a little weaker than previous instalments, but its a great adventure nonetheless..

Which character – as performed by Scott Brick – was your favourite?

I'm a big fan of Danny Daniels. Some of his sayings and phrases are simply superb!

Without a doubt I'd have listened in one go.... if time had allowed!

Another great story based around a combination of facts and fiction. Steve Berry does it again.

Would you recommend The 14th Colony to your friends? Why or why not?

if you've read / listened to his previous books, then you'll likely know how this one will go and end, but still an entertaining listen.

What aspect of Scott Brick’s performance might you have changed?

He has changed how he pronounces the name of Cassiopeia between the various books in the series he has narrated, which is rather annoying! Otherwise a good narrator