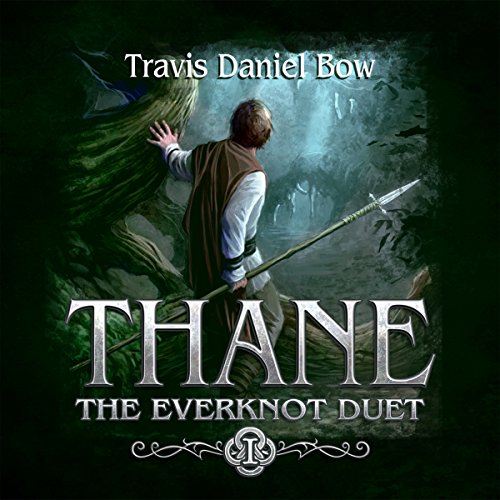 A fletcher's apprentice finally finds his calling in a brotherhood of elite rebel spies...until he discovers his leader's plot to betray them all.

When the Huctans conscript Timothy into a secret army - and when a girl with a strange set of skills sets him free - an awkward young man gets the chance to become a hero. Throwing himself into the rebel cause, Timothy ignites years of pent-up frustration and futility in an obsessive drive to fight, spy, and deceive better than anyone else. Losing himself in the exhaustion of training and the danger of missions, he finds friendship with a Thane as fanatical as he is and wraps his new identity completely in service to the rebel Band.

The rebel Band which, unbeknownst to him, was created to be betrayed.

What listeners say about Thane

Loved it. Great suspense, an adventure around every corner. I can’t wait to hear the rest.

Enjoyed the story in two sittings. It was engaging and kept me entertained for hours. Thank you Travis for a great story! I will be listening to the next book for sure!

A great setup and a great narration.

A great coming of age story that makes you want to dive into the sequel immediately! The narrator is good clean and consistent too. I always love hearing an author read their own work.

Enjoyable to listen to.

Would you consider the audio edition of Thane to be better than the print version?

I think both the audio edition and print version were good. It just depends on if you are able to sit down and read or like to listen on the go.

What about Travis Daniel Bow’s performance did you like?

I thought Travis did a good job reading the book. He used good inflection and was easy to listen to.