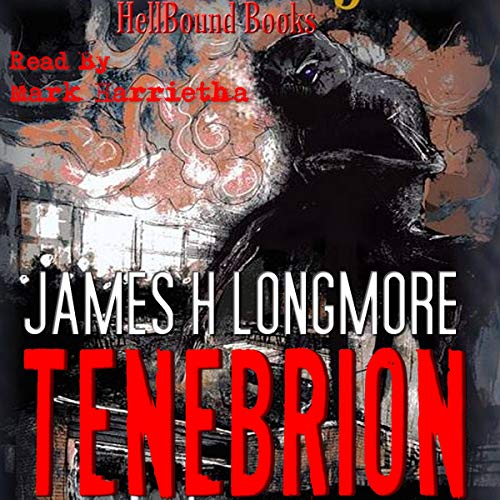 By: James H. Longmore
Narrated by: Mark Harrietha
Try for $0.00

Amateur film makers inadvertently invoke a demon when they break into an abandoned elementary school to perform and film an authentic Black Mass for their entry into a short movie competition! Dave Priestley reveals his plan to his the movie-making friends - to film an authentic Black Mass in Watsonville’s abandoned elementary school - the site of a horrific tragedy nine years before.

Tenebrion - the demon of darkness - makes preparations of its own within the darkness of hell. It requires a specific set of circumstances and human victims to split open a fissure between the worlds and set free its brethren. Tenebrion has been manipulating humans for centuries in order to put things into place, and the movie makers are the unfortunate, final pieces of its nefarious puzzle.

Priestley, ever the stickler for authenticity and detail, prepares the Mass and accidentally sets the denizen of Hell free. And whilst Priestley and his sceptical friends attempt to recapture Tenebrion and return it to the dark shadows of the netherworld, it hunts them all down - one by one - for inclusion in its hellish gateway.

What listeners say about Tenebrion