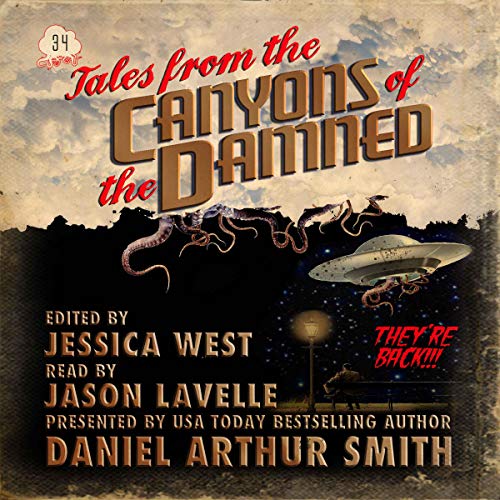 Tales from the Canyons of the Damned in Space 6: No. 34

This 34th issue of Tales from the Canyons of the Damned consists of four sharp, suspenseful, thought provoking short stories - each from a different featured master of speculative fiction.

Tales from the Canyons of the Damned (canyonsofthedamned.com) is a dark science fiction, horror, and slipstream magazine we've been working on since 2015. What is dark science fiction and horror? Think of it as a literary Twilight Zone, Night Gallery, or Outer Limits, it's Netflix's Black Mirror and Amazon's Electric Dreams in the short story format. And it's a bargain. Each monthly issue has three-to-five sharp, suspenseful, satirical tales from today's top speculative fiction writers.

These are Dark Sci Fi slipstream tales like you've never listened to before.

What listeners say about Tales from the Canyons of the Damned in Space 6: No. 34