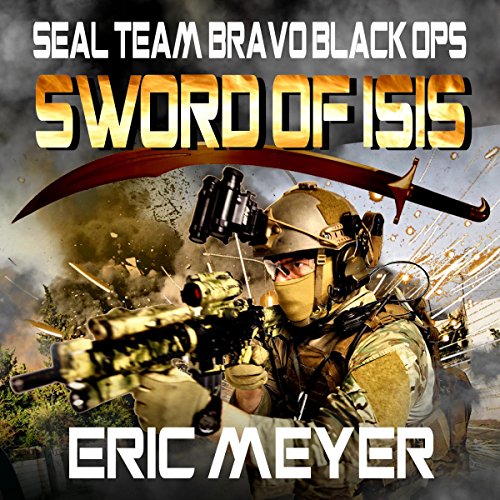 The maelstrom of Northern Iraq. A battleground where the blood-soaked warriors of ISIS pursue their vengeful quest to build an Islamic Caliphate. The world watches in horror as they rape, murder and pillage in pursuit of their brutal agenda.

When CIA agent Marv Cohagen and his two SEAL bodyguards are kidnapped in the desert, a deadly new threat looms over the West. Cohagen is a drone expert, and his knowledge could equip the enemy with the means to create the unthinkable. An ISIS air force of robotic aircraft. Unmanned. Unaccountable. Loaded with explosives, and able to strike terror anywhere in the West at a moment's notice.

An urgent recall goes out for Lieutenant Kyle Nolan to lead two teams of SEALs into Iraq. Their mission, to recover the drone expert at all costs. Or eliminate him. The SEALS soon encounter an enemy more powerful than they could ever have imagined. First they have to face and conquer the cave stronghold of Jahannam, and then fight their way into the ISIS controlled city of Mosul. SEAL Team Bravo is forced to reach deep into their reserves of strength, skill and courage to force back the savage hordes of Islamic extremists that threaten to overrun them at every turn.

What listeners say about Sword of ISIS