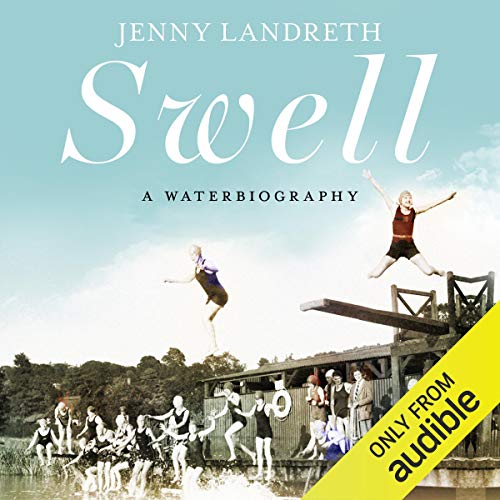 These days, swimming may seem like the most egalitarian of pastimes, open to anyone with a swimsuit - but this wasn't always the case. In the 19th century, swimming was exclusively the domain of men, and access to pools was a luxury limited by class. Women were (barely) allowed to swim in the sea, as long as no men were around, but even into the 20th century they could be arrested and fined if they dared dive into a lake. It wasn't until the 1930s that women were finally, and reluctantly, granted equal access. This is the story of the women who made that possible, a thank you to the fearless 'swimming suffragettes' who took on the status quo, fought for equal access, and won.

Part social history, part memoir, Swell uncovers a world of secret swimming in the face of these exclusions and shines a light on the 'swimming suffragettes'. It celebrates some amazing achievements, some ridiculous outfits and some fantastic swimmers who challenged the stereotypes of what women are capable of. It's also the story of how Jenny eventually came to be a keen swimmer herself.

Swell is a joyful hymn to the sport and an exploration of why swimming attracts so many women. Ultimately it is a book dedicated to our brilliant swimming foremothers who collectively made it possible for any woman to plunge in with alacrity, anywhere we choose.

The stroke I’m confident doing is the breaststroke indoors in a leisure or Olympic sized pool.

After listening to this inspirational story by a fellow South Londoner It’s Lido swimming this Spring and open water in the UK and Berlin Spring 2020!

Thank you Jenny this made me laugh out loud, get teary whilst listening walking by the Thames, get out of my local pool knowing on my phone I had your story to listen to.

A very happy walker transitioning into a swimmer.

Great stories of our swimming foremothers & a spot on description of the joy of swimming :)