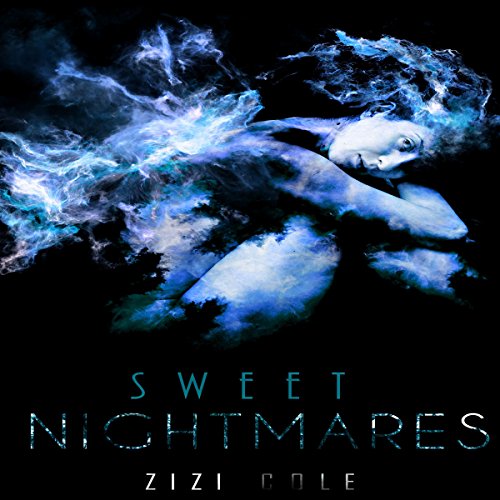 By: Zizi Cole
Narrated by: Courtney Parker
Try for $0.00

Nightmares aren't always figments of our imagination. Alexandrea Cooper moves back to her hometown, Ravensville, after a 10 year absence. She starts adjusting to life back home again, when her parents are brutally murdered. There are no suspects and Alexandrea tries to cope with the grief of what has happened, when suddenly her sleep becomes plagued with nightmares of her parent's killer. She quickly realizes that there's more to her world than she originally believed. She's reunited with her high school sweetheart Jake, and the nightmares intensify. Attempts on Alexandrea's life twist her life as she knows it. In a race against time, can they stop the killer before it's too late?

What listeners say about Sweet Nightmares

This audiobook is a mixture of bit mystery, a bit thriller, and a bit romance. Alexandrea has a very warm and supportive group of people around her to help her through this difficult time. It is exciting to see her discover things about her heritage throughout the book. There is a lot of suspense and I kept me interested listening to the audiobook

I was very surprised at the level of graphic gore this story had. I have nothing against it, I rather enjoyed it quite a bit. The story was well structured and the characters were well developed. The author took her time and let pieces of each one of them slip through at just the right moments. The mystery was crafted with expertise, you can keep guessing but you won’t know for sure till the reveal. The romance took a back seat to the story and hinted at it just enough so you know who wants who and what not. The killer is very creepy and the idea of what he can do scares the hell out of me. Nicely done.

The narration was excellent. The characters came alive with the deft talent of Courtney Parker.

I requested a free preview copy of this audiobook and I am leaving a voluntary and honest review.

This book is really good if you like paranormal mystery and romance. I really hope there is at least a second book! The ending leaves it open for one. The narrator did a good job and kept the story interesting.

A Suspense Story Filled with Love

I was voluntarily provided this free review copy audiobook by the author, narrator, or publisher.
This is a story that combines very different genres but does so masterfully. In a perfect communion of paranormal, thriller and love stories, the characters have to deal with unsuspected threats both mortal and supernatural. The psychological torment brought out by unnecessary guilt, brings the protagonist Lex to the brink of desperation until friendship, love, and professional investigation skills, can finally lift that tormenting burden from her shoulders. The characters are all very well developed and likable. The guessing game continues to the end and will not disappoint. The ending of the book assumes a continuation and I for one cannot wait to read it.

Oh man, this was a really good thriller! Opening with a nightmare of Alexandrea murdering her own parents, this tale only builds in suspense from there. When her parents actually are brutally murdered, it turns her life upside down and sends her into a spiral of murder, confusion and insanity. With her best friend/cousin and her childhood sweetheart at her side, Alexandrea will face a killer that wants her dead. Zizi Cole and Courtney Parker are an absolute dream team on this one! This book would be enjoyed by anyone who likes the mystery/thriller genre!

This book starts off with some intensity, so that was a nice change from the normal slow burn. The premise of nightmares impacting reality was a cool addition. I liked that the romance aspect was a small part of the book and not the main focus. The story had some nice twists and the narrator kept everything moving forward at a nice pace. All in all, worth a credit.

Super fun! Impossible to put down!

I loved this story, it catches you from the beginning and keeps your interest to the end! Full of mystery and magic, but in a fun non-cheesy way! The characters are smart and engaging and expertly narrated. The narrators voice is pleasant and there is something vulnerable about it that really helps you understand the character. As always I plowed through it in a couple days! My only complaint is the next in the series isn't on audible yet!!! I want more! I received a free copy of this book at my request in exchange for a honest review. Thank you!

Grabbed my attention from the start!

Would you listen to Sweet Nightmares again? Why?

Sweet Nightmares grabbed my attention from the start. The horror elements in this book were tightly twined with suspense and a little romance too. I was immediately horrified by the story unfolding as well as chilled to the bone trying to figure out why it had happened. I immediately had a sense of foreboding that had me immediately engaged with this story.

Alexandrea Cooper’s family was brutally murdered and somehow Alexandrea, aka Lexi, was intimately aware of how the murders took place even though she was asleep at the time. Unable to deal with what Lexi thought to be the truth had her shutting down and shutting out everyone who wanted to help. It was bad enough that she was carrying around guilt but Lexi was also being plagued by nightmares so horrific it made me a bit squeamish to listen to.

At the end of her rope, Lexi finally confides in her cousin Mia about what has been happening and what Lexi believes to be true. Thank God Mia has an idea of what has been occurring and she helped Lexi to see the truth of the matter. The truth though did not set Lexi free as she was still plagued by the nightmares but in reality, they were not actually nightmares. Lexi was experiencing dream jumping, Freddy Kruger style, by a twisted and sick psycho who wanted Lexi all for himself. This stalker entered Lexi’s dreams and manipulated them using the blackest of magic.

As the nightmares intensified, Lexi was guided by a paranormal spirit to help her learn more about her mother’s past and her heritage in order to combat the evil that had entered her life. With the help of her cousin and her high school sweetheart, Lexi was able to put the pieces together and figure out what she needed to do to end this living nightmare. Lexi was plunged into a race against the clock that pushed her to the ends of her limits and beyond.

Have you listened to any of Courtney Parker’s other performances before? How does this one compare?

All I can say about this story was wow! I listened to the audio version of Sweet Nightmares and the narrator, Courtney Parker, was amazing! I felt that the characters, voices, and inflections with which she spoke were very realistic and I was so drawn into the story that I became unaware that it was being narrated. It felt as if I was listening to actual people discussing the story. The combination of the storyline and the Narrator made this an amazing experience for me.

The only thing that did not work for me in this story was that I felt that the story was happening to young adults not adults closer to their thirties. The mannerisms, how the characters reacted and handled situations, were closer to what I would expect from much younger adults. Overall, Sweet Nightmares was a nightmarish tale that definitely had my creep factor on high! I highly recommend this story to readers who were fans of Nightmare on Elm Street, this story will resonate with you!

This book starts off with a bang. starts right off with a very disturbing dream of killing her parents. how does a book keep up the pace after that? Well somehow Zizi Cole does it.
This a great mix of paranormal and mystery all tied together. It will not leave you disappointed. great work ZIZI! I look forward to hearing more from you.

Mss Parker did a find job performing in this book! She bought great life into the voices! and I would listen to a book she reads again. I was voluntarily provided this free review copy audiobook by the author, narrator, or publisher.

This was a really good book! It held my attention all the way through and I honestly didn’t know who the “bad” guy was until the end. One thing I really liked about it was the lack of side drama. There wasn’t major drama between Jake and Alexis that didn’t have to do with the story but there also wasn’t major drama between them at all. Sometimes too much drama takes away from the actual story. The story does involve super natural powers, magic, and demon hunters. I wasn’t expecting that because there’s really nothing that points to it in the description. Sometimes I tend to stay away from super natural books because it just isn’t my thing but this book was really good. The story kept moving along and everything brought up in the book pertained to the current storyline. I will defiantly be listening to the other volumes as they are released. Another good thing is that the book didn’t end with a cliffhanger but it did end with foreshadowing so you know they’re probably be more books that will continue to carry the story on.

&quot;I was given this audiobook free at my request for my honest and unbiased review.&quot;