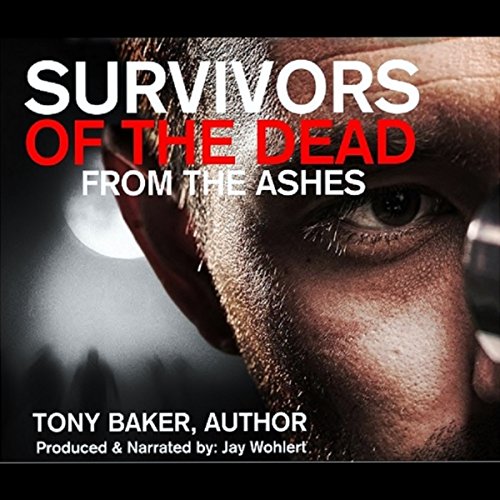 Survivors of the Dead

Survivors of the Dead

Follow Harold Lancaster, a retired San Francisco police officer, as he witnesses the devastation of humanity after a worldwide viral terrorist attack that will change the course of history forever!

Harry learns that he and his family, as well as a portion of what remains of the population, is immune to the mutated virus that has been unleashed. During forced relocation, his young nephew is separated from his parents and left in a world now ruled by anarchy and filled with horrors beyond comprehension. Harry's unshakable resolve, his only reason to exist, is to reach his nephew and reunite with the rest of his family. Along with a small band of friends who refuse to leave his side, and after assisting in establishing a safe haven on Angel Island in the San Francisco Bay, Harry embarks on an arduous 2,300-mile trek across a ravaged country.

Although Harry faces the infected and unspeakable horrors, he also discovers incredible acts of courage and resolve by those who remain among the Survivors of the Dead!

From the Ashes begins Harry's journey with at least two more books in the series forthcoming. Book Two, The Road Unknown, coming fall of 2014!

I listened to this audiobook and it grab me and won't let go until I heard the end I wanted to learn what happens with Harry's nephew and family in Indiana and the difficult and deadly journey of Harry, Frank and Derrick to reach them. Lots of suspenseful moments.

Grabs you from beginning to end

Harry Lancaster is a middle age retired and part time reserve San Francisco police officer who manages a small apartment building that has seen better days but it is free rent and for the most part easy. Until one day he finds two old ladies eating the delivery man. He has no idea what is going on but has to take action believing help will be coming. His only response for SFPD is stay inside, don't venture out and don't let anyone in. An unknown virus has infect the population but no one knows how bad it is. Television is filled with suppostion and experts who fight among each other about the cause and what is happening. No help from anywhere is forthcoming and Harry knows he can't stay there for long but it is obvious he can't just walk or even run out. The 'infection' has turned the population into cannibals that will hunt and swarm anyone that has tried to leave the buildings. His only options are to wait for help that will never come or somehow find a way to the police station where he knows there is some modicum of safety and more importantly weapons that can help him surive a bit longer.
Possible spoilers: But before he leaves, he has been observing the infected and the pattern he sees will possibly help him or be the death of him.
Finding his way to the station, he finds Derrick an old friend and a rookie straight out of the academy. Together they try to make break for freedom, attempting to help anyone along the way. After having seen a newscaster in a company helicopter with a man who claimed he had established a safe place for anyone that could get into the harbor further up the coast. (If anyone has read the Sovereign Spirit Saga you will immediately know the connection, which I hope will be followed through at a later time or as a crossove. It is a great series if you like he zombie genre) Harry and company decide the best way to get to safety would be to find a shop or boat and make it to one of the islands in the harbor. Along the way they find and help a woman and her grand daughter, a group of people that had been had been trapped in a large building near the marina and learn just a litle bit more about what has happened not only to the city and state but to country and world.
The dynamic between the three friends is great with much needed levity to help with the seriousness of the situation and Harry's constant reference to Clint Eastwood's Dirty Harry is comical earnng him much ribbing from them and gives the reader and insight to Harry's distinguished career with the department and earned the respect of his fellow officers. "I'm to old for this shit!" Is is hallmark saying after a fight or grueling run from the infected.
It is fast paced and even when there is brief respite there is urgency for Harry has made the decision to leave those he rescued to go inland to find his family. I read the book soon after it was published and absolutely loved it. Listening to it was like discovering it all over again for the first time. Spot on with the Narration.

I loved the banter within. the story. Tony Baker did a great job developing the characters .
I look forward to book.

I liked it -a little bit of a different take and hoping for a book 2.

This story stays with a reader. Even though part of a bigger story, the reader gets sucked in to this little corner of the over all story. I hope the next is on the way. Huggs Tony, we miss u!

This listen was so run of the mill. Just very standard stuff as far as plot and character development. Nothing special here. Cliche' comes to mind. Didn't bond with any of the characters and was unable to become invested in the story. "I'm getting too old for this ****" was the favorite line of the tale and used far too many times. Skip it. Three stars was generous.

This audiobook is one that will grab you and won't

Tony Baker's Survivors of the Dead: From the Ashes was excellent. Mr. Baker very easily and vividly painted the journey taken by Harry Lancaster, Derick, and Frank in an exciting and detailed manner. From the moment Harry stepped from the apartment complex in San Francisco, he managed since retiring from active police duty and shooting his first zombies, it was a thrilling ride a mile a minute!

Struggling to reach the police department where he volunteered was intensely described so much so that I felt I was making the journey with him! The relationships that are built or already there are solidly built and powerful. Torn from wanting - needing - to help others, Harry reminds himself he's "just too old for this sh*t." 2.5 decades of service teaches Harry to be observant and he realizes the weakness of some of the zombies and uses it to his advantage.

Not only is the book seriously written (as is the case with most zombie books) the humor and connection between the characters is not forced but flows naturally. The dialog is easy and realistic and even though the "just too old for this sh*t" is repeated often, it is realistic - many of us have a relative who is often times repeating something - it's their catch phrase. For Harry this one is appropriate and helps listeners to connect more easily.

It was evident from the beginning that Mr. Baker did his research and it shows in the details of the characters using the guns, descriptions and other activities performed by the three lead characters. Powerful to the end, rich with description and brilliantly written - this book is a "must listen to!"

This audiobook is one that will grab you and won't let go until you hear "the end"; and even then, you will be more than ready to learn what happens with Harry's nephew and family in Indiana and the difficult and deadly journey of Harry, Frank and Derrick to reach them.