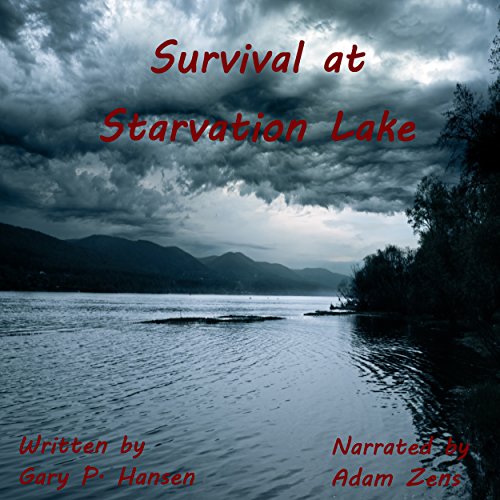 Most people would have said that Sally McPhearson had it all. Sally was a wealthy and powerful woman. Being the CEO of a major Canadian corporation, most of Sally's business acquaintances liked her, but almost all feared her. She carried a dark secret that she had managed to hide from everyone, perhaps even herself. Sally's career had become her whole life, and she didn't even realize it was because of her painful past.

A corporate jet, or even her own private jet, would have been within easy reach for her. However, Sally McPhearson always flew commercial; it was sort of her trademark. When she boarded the small commuter plane that day to travel to a business meeting in Toronto, she had no idea that her life was about to abruptly change. Sally was about to depart on a journey that would result in months full of pain, suffering, hunger, desperation, and fear. She certainly would have not been able to comprehend that the experiences she was about to endure would forever change her life for the better.

This book tells the story of plane crash survivors in the stark winter wilderness of Northern Ontario, Canada. Against overwhelming odds, they struggle to overcome their adversities and hardships with a little help from a friend.

What listeners say about Survival at Starvation Lake

Not what I expected. A very good story. The narration almost put me off but as the book went on the story overcame any negatives. This book entertained me and usually this is all that matters.

Seeing God's Provision In a Crisis

What did you love best about Survival at Starvation Lake?

I liked a lot of things. I liked that the crash and survival scenes and skills were very realistic. I liked that Christian faith was woven skillfully and accurately throughout the story without being preachy. I liked that the characters were well written and that the dialogue was true-to-life. I liked the music at the beginning of each chapter.

The wheel chair salesman with the coin is a very interesting character with an inspiring story. He was my favorite.

Which character – as performed by Adam Zens – was your favorite?

Susan LeForest Smith, trapper and single mother, is a good strong female character. Her faith is inspiring as are her actions.

Who was the most memorable character of Survival at Starvation Lake and why?

Paul is a gruff guy with a good heart and strong faith. Adam Zens performs this character to a T.

This is a great book that discusses evolution and abortion from a Christian worldview. This book is very clean. I highly recommend it.

I thought someone was kidding

I did not read much of this book because the reader sounded as though he was reading for his 3rd grade teacher!
I can't imagine why it passed muster.

Is a robot reading this?

I’m only in chapter 2 and I don’t plan to continue. The narrator sounds like a robot, no inflection, barely stopping at periods, kind of racing along, and pronouncing every t sharply. It’s very hard to follow.

intriguing story. The narrator was very hard to listen to. He was over-pronouncing the words. He spoke very slowly. Therefore, the narration dragged. The story was very inspirational. I enjoyed the storyline, especially the Christian aspect.


The characters, who come from very different backgrounds, find themselves having to rely on each other for their survival following a plane

like she is stupid. The religious questions seem to be an agenda for the author's point of view. Little romance began to build during the story.

It seems one of the author's favorite words is escarpment, as he over uses it.A good clean book.


The narration was slow and artificial sounding.

Could not listen to this book!

Narrator is on speed with a nasal problem. I have listened to over 2000 books and this is the worst narrator I have ever listened to. So irritating that I quit listening after 10 minutes. He reads like he has a fire burning under him. Story may have been good but get a different narrator.

The narration is horrible!

What disappointed you about Survival at Starvation Lake?

This could be the most well written book in decades, but i wouldn't know because the narration is so bad that I could not listen to this audiobook for more than just a few chapters, it completely killed the story the author was trying to tell and you can forget about trying to create a picture in your mind.

As of right now I have no idea.

He may well have but i couldn't stand the narration so quit listening after just a few chapters.

The narrator does not know or understand what punctuation is and how to read the emotion an author is trying to get across. The narrator just combined sentences and read the words until he ran out of breath and read so monotone that I'd rather listen to Ben Stein read it.