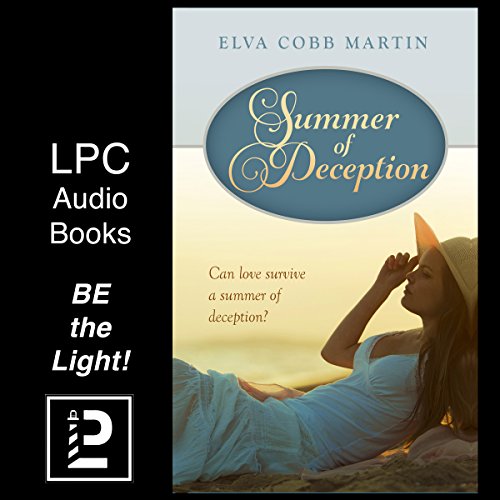 By: Elva Cobb Martin
Narrated by: Todd Weir
Try for $0.00

Determined to unearth the truth about her DEA agent brother's reported death, Rachel York takes a nanny position at an historic Charleston tea plantation. She finds she is ill prepared to deal with the plantation's new owner who is overflowing with bitterness and distrust.

Widowed and wounded, Luke Barrett, a former Marine Corps Special Forces operative, has enough to handle with his little girl and a historic property to upkeep. The last thing he needs is a feisty, stubborn woman with whom to contend. Yet, Rachel's determined spirit awakens something in Luke that he thought died a long time ago.

Luke begins to capture Rachel's heart until the night she uncovers evidence that he may be keeping his plantation solvent by allowing cocaine to be smuggled along his coastline.

Devastated by the possibility, Rachel must decide whether to confront him, even while she conceals secrets of her own.

Can love survive a summer of deception?

What listeners say about Summer of Deception

The story was predictable, with unrealistic characters. This is a flaw I find too often in Christian literature. The narrator had a difficult time with women and children's voices.