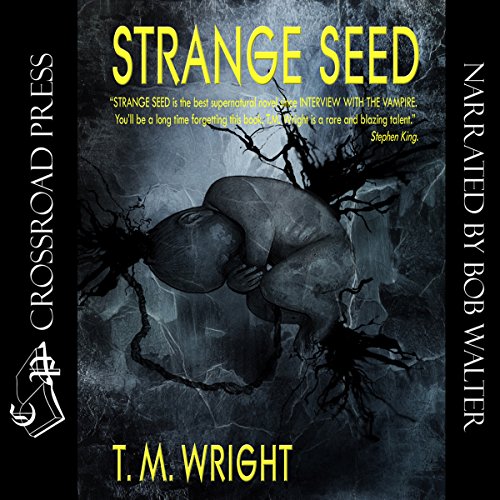 A new husband and a new home, what more could a newlywed want? Unfortunately, home is an isolated neglected farm house near an encroaching woods. And each day Rachel's husband grows quieter and more introspective. Worse, she cannot ignore the menacing woods she sees from the porch windows. They are the hiding place for abandoned children. But are they truly children and, if not, what are they?

Paul Griffin always felt very uncomfortable with New York City's noise and harsh urban atmosphere. He needed the old pattern, the one he had known as a boy with the father he loved. The small farm house in upstate New York wasn't much of a birthright. But, it would be home for Rachel and Paul at least until their plans to renovate and sell the house are realized.

At first, Rachel feels uncomfortable with the silence and isolation. She is determined to make it work. But, slowly, inexorably, it becomes clear that more than nostalgia brought Paul home. It was something more subtle and more powerful. It was a pattern within himself, one which had been interrupted over two decades before, one which had to be played out. It was as sacred, immutable, and frightening as the inevitable transition of the seasons. It is visible on the faces of the dark and beautiful children that now come into their lives, leaving a legacy of terror. A pattern that can destroy anyone who would interfere with it.

"In terms of its compulsive readability, its growing tension, and most of all, its grasp of a world where ominous wonders draw closer and closer to its central characters, Strange Seed is the best supernatural novel since Interview with the Vampire. It is a hypnotic journey into darkness. You'll be a long time forgetting this book -- if you ever do. T.M. Wright is a rare and blazing talent." (Stephen King)

What listeners say about Strange Seed

Couldn't get through it

I got over halfway into book and it felt like a death march. Its overall a very slow book, but that alone I could have gotten through. The worst part was that it seemed, at least earlier portions, that every other chapter wasn't even trying to progress the story. Instead, it was a long rambling monolog about life and death of the animal life in the surrounding forests and how "death is needed for life" and on and on about the pattern of life and death. Specifically, it reused the word pattern, so judging by the synopsis I can guess what the broken pattern was. There appears to be some sort of rudimentary supernatural event occurring, but it's nothing even remotely scary and at half way through the book has only just begun. Save your money.