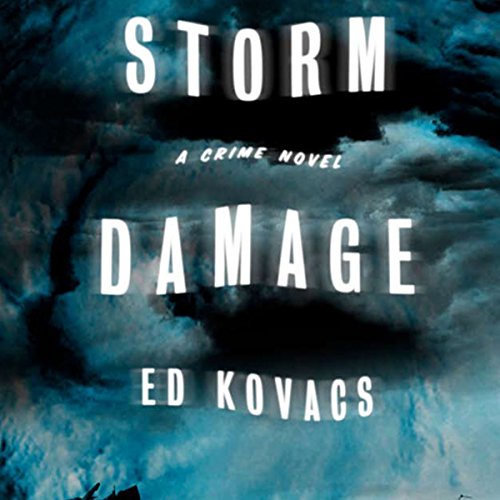 By: Ed Kovacs
Narrated by: David Marantz
Try for $0.00

In a city overwhelmed with murder and mayhem, the last homicide before a Category 5 hurricane wipes out New Orleans is quickly forgotten and remains unsolved. Until now.Calling to mind Chinatown’s Jake Gittes or Chandler’s Philip Marlowe comes a new kind of private detective - a mixed-martial arts coach and bare-knuckled former cop who investigates a curious missing persons/murder case. The cold trail quickly heats up, propelling him into a battle of wits and brawn with the deadliest killers operating in the apocalyptic, post-hurricane ruins of New Orleans.With no forensic evidence, a destroyed crime scene, and no corpse, Cliff St. James, who’s practically homeless and on the verge of bankruptcy, tenaciously navigates the gritty aftermath of a city that’s barely functioning. The more layers of deceit he peels away surrounding the case, the grander is the conspiracy that comes into focus, placing him squarely in the cross-hairs of those who specialize in remaining unknown.

What listeners say about Storm Damage

Very compelling story line. Hits all the right notes, and presents the characters in a lively manner. Looking forward to book 2!

Sorry, it was just not worth my time

Not much, I couldn't finish it. I found the combination of dialog and narrator very annoying for many characters. Don't know whether that's writing or performance. Also it struck me as ludicrous that a honest uniformed cop of only 8 years owned a condo AND a dojo AND used to run a bar? When did he run these other enterprises much less how did he fund them? So much of the early story was a lot of inconsistent cliches.

Not much! I am a James Lee Burke fan and really spoiled by a GREAT author/narrator combo on the Dave Robicheaux former New Orleans cop series. This author is rather new and a comparison to Burke is a brutal one, but one I can't avoid. Hopefully Kovacs will grow. I've read some other author's first books after discovering a good series, and may not have read more, if I hadn't first experienced a superior later book in the series.

Voices for the asian and african-american women characters sounded so stereo-typed and were simply annoying. I don't have any other books from this narrator in my library, so it's hard for me to separate the voice from the pedestrian writing.

Doubt it, but then movies are so RARELY like the books it is not good question.

I will return this book, and fill out my James Lee Burke Dave Robichbeaux series with the credit instead.