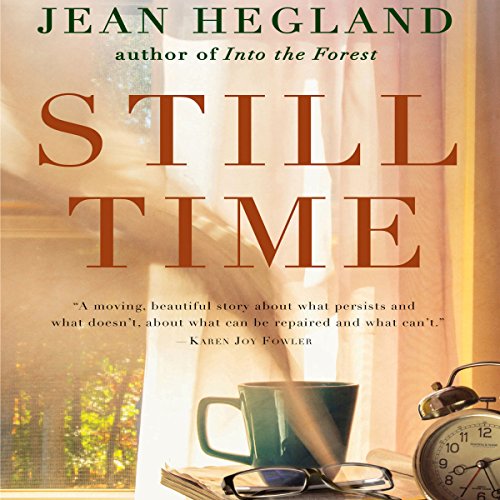 By: Jean Hegland
Narrated by: Joe Barrett
Try for $0.00

From the author of Into the Forest, a moving novel about memory, Shakespeare's green worlds, and the power of reconciliation.

Until John Wilson met the warm, wise woman who became his fourth wife, the object of his most intense devotion had always been the work of William Shakespeare. From his feat of memorizing Romeo and Juliet and half a dozen other plays as a student to his evangelical zeal as a professor, John's faith in the Bard has shaped his life. But now his mental powers have been diminished by dementia, and his wife has reluctantly moved him to a residential care facility. Even there, as he struggles to understand what's going on around him, John's knowledge of the plays helps him make sense of his fractured world.

Yet when his only child, Miranda - with whom he has not spoken since a devastating misunderstanding a decade ago - comes to visit, John begins to question some of his deepest convictions. In his devotion to Shakespeare, did he lose his way? Did he wrong the child who wronged him? The story of an imperfect father and a wounded daughter's efforts to achieve some authentic connection even now, Still Time celebrates redemption and the gift of second chances. It is that rare novel that ends on a resounding note of hope, reminding us that there is always time to live fully and love deeply, so long as we are alive.

What listeners say about Still Time

This is a treasure for anyone who likes Shakespeare, but also for anyone who struggles through family relationships and hopes for healing. It is beautifully written and a pleasure to listen to.

I really hate 3rd person narration! I would have given it five stars if it would've been in first person. It Would have been a much better story with a different POV.

I heard the author speak at a local bookstore. I was intrigued by the plot: an aging professor/ Shakespearean scholar with dementia still remembers every Shakespearean play he had studied and communicates via quotes from the plays. The plot is beautifully constructed and riveting, and the character development is deep and unforgettable. Highly recommended.

The writing is beautiful. The story drew me in almost immediately since the characters and their relationships were both fascinating and touching. Jean Hegland is an incredibly gifted writer.

I loved the way the author wove the professor's vast knowledge of Shakespeare with his processing of slipping memories. But when the book ended, I felt like I had missed a chapter. The buildup to the climax left me eager for a grand reconciliation. But it's like the author skipped the climax and went straight to the epilogue, leaving me sad to have missed what was missing.

I have a mom with dementia. This book gives insight into the mind of a very bright man who is losing his touch with reality because of Alzheimer’s disease. It’s interesting to think what the mind loses & retains as time moves on. Made me feel like we all should live each day to the fullest as tomorrow we may lose our current consciousness. His constant Shakespeare references were his way of keeping in touch with reality. I enjoyed the book but be ready for lots of vocabulary & Shakespeare !