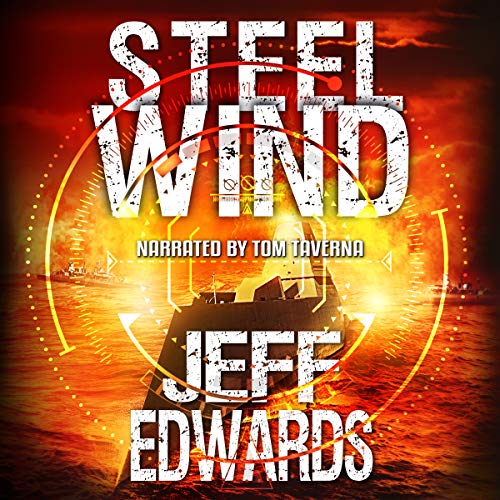 By: Jeff Edwards
Narrated by: Tom Taverna
Try for $0.00

What if North Korea’s sudden turn toward peace is a cunning act of misdirection?

A routine Coast Guard inspection of a cargo ship in the Caribbean turns into a vicious firefight with unidentified Asian commandos. The second attempt to board the vessel ends with a nuclear detonation.

North Korea has been smuggling short- and intermediate-range missiles into Cuba. An unknown number of nuclear warheads are hidden less than 100 miles from the tip of Florida. Every American city east of San Antonio is in the target zone.

Scrambling to stop the flow of weapons to Cuba, the president orders the Atlantic Fleet to surround the island, cutting off all access. It’s the Cuban Missile Crisis all over again, but this time there won’t be a diplomatic resolution. The North Koreans have developed a secret weapon that rips through the blockade with ease, leaving burning ships and floating bodies in its wake.

Against this unimagined threat stand a small detachment of US Marines and a cutting-edge destroyer that’s never been tested in combat.

It’s a battle we never expected to fight, against an enemy we can barely comprehend....

What listeners say about Steel Wind

You get to learn about submarine warfare

I like this type of story, but before a new chapter the author insert some information about submarine warfare from some guy with a PhD. It is almost like filler to extend the pages of this book. There a lot of characters and the narrator does not have a lot of different voices.

Well looks like I’ve found another favourite author and I’m about to download another Jeff Edwards book. The authors personal end message was well worth listening to as well. Thank you for the hours of entertainment Jeff and Tom!