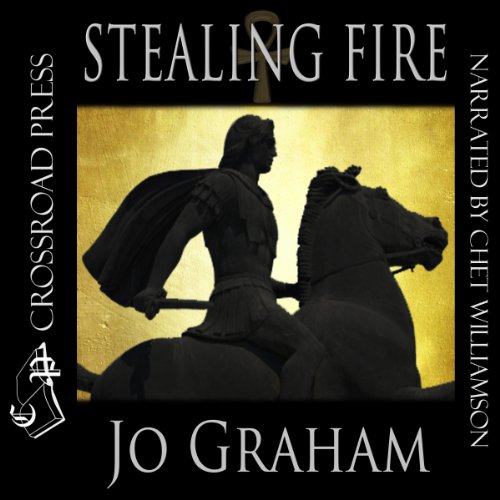 By: Jo Graham
Narrated by: Chet Williamson
Try for $0.00

Alexander the Great's soldier, Lydias of Miletus, has survived the final campaigns of the king's life. He now has to deal with the chaos surrounding his death. Lydias throws his lot in with Ptolemy, one of Alexander's generals who has grabbed Egypt as his personal territory. Aided by the eunuch Bagoas, the Persian archer Artashir, and the Athenian courtesan Thais, Ptolemy and Lydias must take on all the contenders in a desperate adventure whose prize is the fate of a white city by the sea - and Alexander's legacy.

What listeners say about Stealing Fire