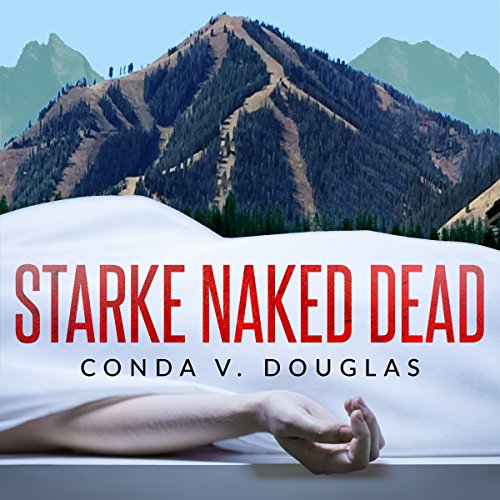 The gossiping women of the Widows Brigade in Starke, Idaho, love a good scandal - this time it's murder and a stark naked corpse!

When she pursues her father to his mountain cabin and instead of dear old dad discovers a stark naked corpse, she's certain she's found her biggest problem. Nope. Dora's problems are just beginning....

Follow Dora as she becomes an amateur sleuth to solve the mysteries of cursed jewelry and murder in Starke Naked Dead, the first of the Starke Dead Mysteries series.

Starke Naked Dead by Conda V Douglas is full of the unexpected. The imagery in the book is vivid. There are many unexpected twists, some humor, and an original storyline. Some of the characters were very quirky. The author and narrator are one in the same. I hadn't predicted the killer, which is something I really appreciate. I requested this review copy audiobook and have voluntarily written this review.

I was ready to stop listening after chapter 2. The characters are over dramatic and idotic. The narrator didn't help. I plan to return it.