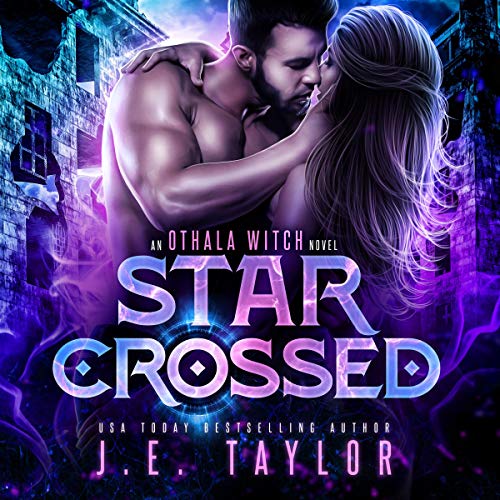 No matter which side of the coin she's on, Star is destined to lose everything she loves.

To keep Sector Eleven in his bloodline, Jaden has to marry a pure witch. Born into the Regency, his challenge is to find a wife who satisfies his mother's criteria while also managing to love him. Easier said than done when ambition supersedes the connection of hearts in a love mandate.

When Jaden asks Star to help him find a suitable mate, she agrees, but her heart doesn't want any part of it. Forced to serve the Regency since she was born, Star has been raised to hide her magical ability from Jaden and his mother, for fear the Regent would carry out her promise to destroy Star if she ever showed a propensity for magic.

Star is not sure which is worse, exposing her secrets to the man she loves which will have her exiled to the ravagers, and certain death, or playing matchmaker and losing Jaden to someone else. No matter which side of the coin she's on, she's destined to lose everything she cares about.

What listeners say about Star Crossed

Very interesting and entertaining story. Listened to the audio version, and the narrator did a great job. I love the idea for this series! I've read a few other books in the Othala witch collection, and have enjoyed all of them! Unique story, and I love the sort of dystopian setting with the dangerous, vicious creatures. I enjoyed that this story doesn't take the typical route, it kept me engrossed in the story. I do think Star and Jaden both made stupid decisions and actions at times. I loved the magical aspect, but I don't get why they didn't use magic sooner! They both get into some crazy, dangerous situation and really needed to use magic to help out. The romance does have some sweet moments, but Jaden isn't great at times. He came across as weak and a big baby at times, and he really needed to say sorry for some of his actions. Star forgives him way too quickly. I also would've like more in the ending. Overall, unique and interesting story! Great series idea!