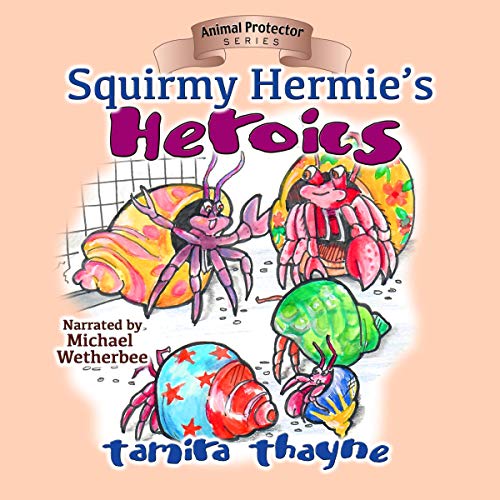 By: Tamira Thayne
Narrated by: Michael Wetherbee
Try for $0.00

Squirmy Hermie poked his head out of his pink- and yellow-painted shell, peering out into the darkening room. Where was that noise coming from? The store had closed for the night; the only sounds this late came from his newfound crab friends as they began their nocturnal hunt for food and entertainment.

And, maybe, a way out of here? The nagging hope slipped into his mind for the 100th time since he’d arrived in this place only a few days earlier.

There it was again.

Squirmy and his friend Hairy had been taken, along with many others, from their beach homes in the Caribbean islands. Why? Where were they now? And how could they free themselves from this cage and the toxic shells they'd been forced into?

Will those who speak on their behalf help them to safety? Find out in Squirmy Hermie's Heroics, the fourth volume in the Animal Protector series from author Tamira Thayne.