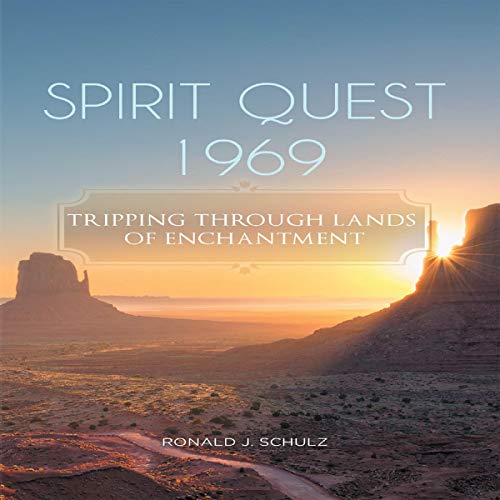 Spirit Quest 1969: Tripping Through Lands of Enchantment, is the true tale of a disaffected suburban kid hitchhiking through western America to discover the counterculture communes in 1969.

In 1969, when he was 17 years old, Ronald dropped out of high school near Chicago to explore the counterculture in the Rocky Mountains. After taking a huge dose of LSD, he wandered into the Navajo reservation seeking supernatural visions, meeting missionaries, and students of Indian lore. He joined a group marriage commune in Taos at the height of the Hippie-Chicano conflict. The domineering personalities he found in communal life disappointed him, but the concept of living together in non-monogamous families inspired him to continue working to improve the concept.

Low on cash, Ron decided to return to the city to earn enough money to continue exploring the street scene and New Left world in Chicago and New York, which will soon appear as a follow-up book.

What listeners say about Spirit Quest 1969