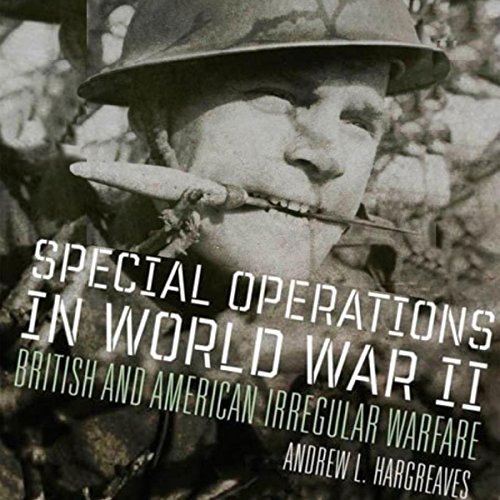 British and American commanders first used modern Special Forces in support of conventional military operations during World War II. Since then, although special ops have featured prominently in popular culture and media coverage of wars, the academic study of irregular warfare has remained as elusive as the practitioners of special operations themselves. This book is the first comprehensive study of the development, application, and value of Anglo-American commando and Special Forces units during the Second World War. Andrew L. Hargreaves not only describes tactics and operations but also outlines the distinctions between commandos and special forces, traces their evolution during the war, explains how the Anglo-American alliance functioned in the creation and use of these units, looks at their command and control arrangements, evaluates their impact, and assesses their cost-effectiveness.

The first real impetus for the creation of British specialist formations came in the desperate summer of 1940 when, having been pushed out of Europe following defeat in France and the Low Countries, Britain began to turn to irregular forces in an effort to wrest back the strategic initiative from the enemy. The development of Special Forces by the United States was also a direct consequence of defeat. After Pearl Harbor, Hargreaves shows, the Americans found themselves in much the same position as Britain had been in 1940: shocked, outnumbered, and conventionally defeated, they were unable to come to grips with the enemy on a large scale. By the end of the war, a variety of these units had overcome a multitude of evolutionary hurdles and made valuable contributions to practically every theater of operation.

What listeners say about Special Operations in World War II

What would have made Special Operations in World War II better?

What could Andrew L. Hargreaves have done to make this a more enjoyable book for you?

Gone to the pub

Who might you have cast as narrator instead of Douglas R. Pratt?

Not written to be an audiobook.

Although the subject is interesting the writing style is ponderous and tedious. I found it really annoying, and it's on a subject that fascinates me.