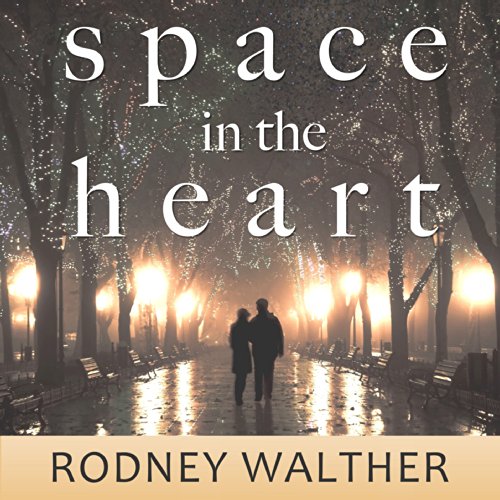 Space in the Heart

By: Rodney Walther
Narrated by: Rebekkah Hilgraves
Try for $0.00

Before his wife was murdered, astronaut Garrison Sterling couldn't wait to rocket into space on his first shuttle mission. Now he merely survives, one day at a time, blaming himself for the events that put his wife in a grave and his daughter Zoey in a wheelchair. And he struggles to raise Zoey, a headstrong teenager who longs for independence and rebels against his overprotective ways.

Danica Cortez, Houston's favorite morning news anchor, dreams of practicing real journalism instead of forever reading teleprompters. When she witnesses a plane crash and rescues the only survivor - a U.S. Senator - Danica becomes a national hero. But her journalistic instincts tell her that there is more to the story, leading her not only to confront a powerful politician but also to face the greatest regret of her past, her role in the tragic story that launched her career.

When Garrison and Danica meet, they sense an instant attraction. They take those tentative first steps toward love even as they wrestle with competing priorities: the needs of his daughter and the demands of her career.

Now their journey, like his planned spaceflight, might be over before it begins. Because a dark secret threatens to destroy their relationship. Forever.

What listeners say about Space in the Heart

Enjoyable book with strong characters. I love Zoey! It would be great to see this made into a movie.