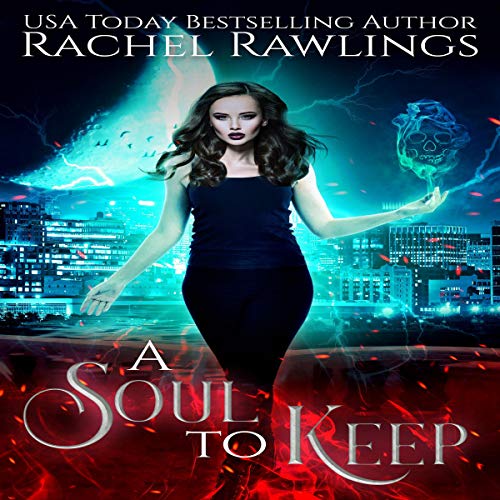 By: Rachel Rawlings
Narrated by: Anna Wiles
Try for $0.00

Reap what you sow. That's been Angelica Wright's motto since joining the Department of Soul Acquisitions as a Reaper. It's served her well over the years, a reminder the mortals who end up in her case files sealed their fate when they signed their deals with the Devil. Reapers have one job, collecting souls, and Angelica is good at her job.

And then a Necromancer moves into town and takes up collections of his own. Competition is good for business, but there's just one problem: The souls are innocents, and that just won't do.

Thrust into a partnership with Jackson Reed, the silver-tongued seller of salvation who's been on her tail and poaching her collections, Angelica has her hands full.

In order to chase down the Necro, she'll have to work with the Sin Eater who's been chasing after her for months, or the Reaper may end up reaped herself....

What listeners say about Soul to Keep

What an interesting read! I really liked the complex characters and their interactions. Angelica, a reaper, whose foster father is Lucifer, has a lot going on - from her childhood, to her mother, her relationship with the Devil, and her job as a reaper. Add to that, the charming Jackson Reed, a sin eater. A really enjoyable fun story with a touch of romance, some mystery and lots of action.

The narrator, Anna Wiles, was fine but, to me, seemed a bit slow and flat. I increased the speed of the narration and it seemed to play better.

This book is very well written. The story sucked me in and it was hard to put down. This novella is just under four hours so I was able to listen to it in pretty much one sitting.

Here you will find a touch of romance, action, mystery, intrigue, and some twists and turns. There are necromancers, reapers, sin eaters, and the devil. It is an entertaining story with unique characters.

The ultimate deal with the devil.

Angelica wants to prove to Big A (The Devil) that she is more than just his foster daughter and reaper. A sin eater named Jack is hot on her trail and not for her. They are forced to work together to bring down a necromancer before he can wake the dead. She has made a deal with Big A that will give her everything she wants or reduce her to living in hell and she only has 7 days to do it a lot is riding on this her happiness being at the top of the list. Well written with the perfect narrator.