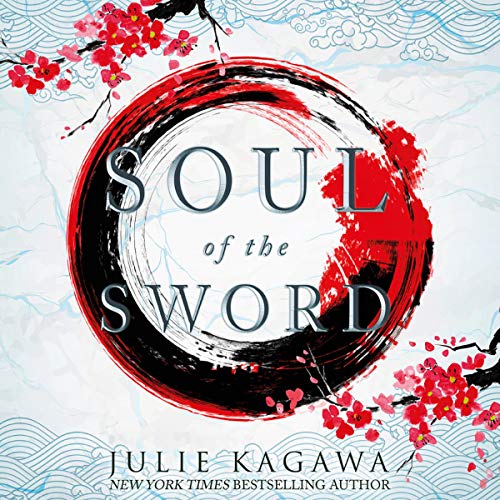 Soul of the Sword

The time of the wish approaches....

Yumeko the shape-shifter had one task: take her piece of the ancient and powerful scroll to the Steel Feather temple and prevent the summoning of the great Kami Dragon. But she has a new enemy now. The demon Hakaimono has escaped and possessed the samurai she thought would protect her, Kage Tatsumi of the Shadow Clan.

Hakaimono has done the unthinkable and joined forces with Genno, the Master of Demons, to break his curse and set himself free. But Genno wishes to overthrow the empire and cover the land in darkness. To do that he needs only one thing, the scroll Yumeko is hiding. As the paths of Yumeko and the possessed Tatsumi cross again, the entire empire will be thrown into chaos.

And chaos will darken an empire.

Return to Julie Kagawa’s beautiful and perilous land of shape-shifters, samurai and demons as Japanese mythology and magic swirl together in the New York Times best-selling author’s brand-new adventure.

What listeners say about Soul of the Sword

This book was amazing and loved every part of it. It made me cry, giggle and I couldn’t sleep, because my mind was so entranced.

This was a very good book with very creative and diverse characters and personalities and accurate mythology.

Great second book - the story continues with Yumeko and Tatsumi but also with some new characters added into the mix - which makes it really interesting! There’s a lot of Japanese mythology too and I’m really looking forward to how it develops. Can’t wait for the next book in the series!