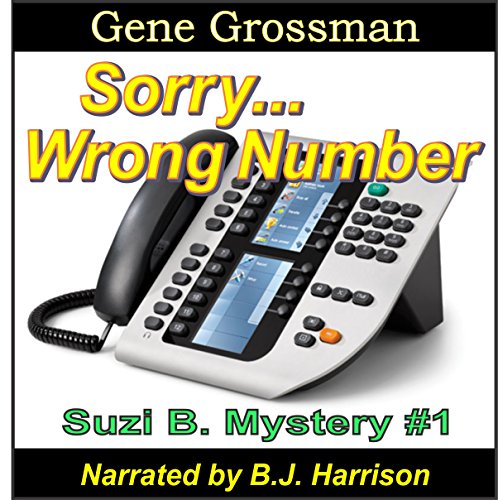 If you haven't been fascinated by her brilliant Sherlock Holmes-type of logic in the first 15 Peter Sharp legal mysteries, then now's your chance to see what little Suzi can do when she's out on her own - well, almost on her own.

Suzi still lives on a luxurious yacht in Marina del Rey, California, with her legal guardian, attorney Peter Sharp, and still has her trusted bodyguard, Bernie, a huge Saint Bernard. But for this adventure, she doesn't want to see the adults take advantage of her superior computer skills and grab all the credit for solving the crimes, like they did in the first 15 books that chronicled Peter Sharp's high-profile criminal cases.

The assignment she has given herself for this first solo adventure is to figure out the identity of a murderous serial church bomber, set up a trap for him, and have the press handy when she actually attempts a citizen's arrest, with the assist of local law enforcement. At least that's the plan.

This would be an ambitious goal for an experienced team of sworn peace officers, but she believes she can pull it off with only the help of some people she has become acquainted with in her work for attorney Peter Sharp. But this time she will be giving out the assignments and making all the decisions.

To accomplish her chosen task, she must make some decisions that slightly inconvenience many of the adults she usually is quite friendly with: Peter Sharp's yacht is seized by the Department of Homeland Security, District Attorney Myra Scot Sharp (Peter's bitter ex-wife) has her home computers seized by the US Marshal's Office, and her boyfriend's mother is believed to be a kidnap victim.

Aside from these few minor setbacks, Suzi remains determined to complete her assignment and bring this criminal to justice, notwithstanding the trail of misfortune that her closest friends are forced to endure.