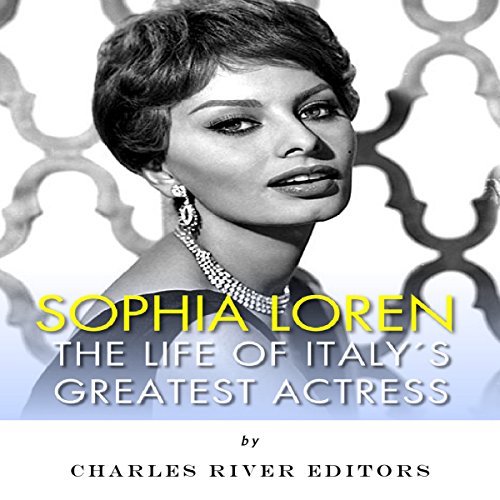 "Getting ahead in a difficult profession requires avid faith in yourself. That is why some people with mediocre talent, but with great inner drive, go so much further than people with vastly superior talent." - Sophia Loren

Among all the stars in Hollywood, there are few alive who have achieved as iconic a status as Sophia Loren. A stunning beauty whose career started because of an appearance in a beauty pageant in Italy Sophia quickly ascended to the top of the profession. Loren has won every kind of major award, from an Oscar to a Golden Globe, and she has too many lifetime achievements to count. Loren is the only living actress who made the American Film Institute's list as one of the Top 50 actresses of the 20th century, and as one of just 13 on the list born outside the U.S., she is unquestionably Italy's most acclaimed and famous actresses.

Born in Italy in 1934, Loren's family wasn't well to do, and she came of age during World War II, and being in Italy, her family constantly had to deal with Allied bombing campaigns. In fact, one bombing raid left Loren injured by shrapnel as she attempted to reach shelter. She would later note, "The facts of life are that a child who has seen war cannot be compared with a child who doesn't know what war is except from television."