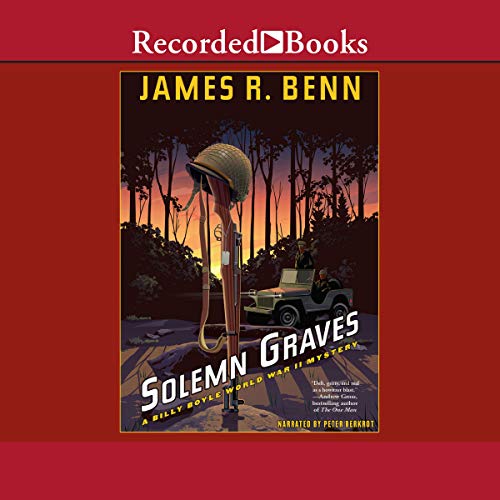 A double murder in a French chateau just after D-Day threatens Allied operations, and US Army detective Billy Boyle is called to investigate.

July, 1944, a full month after D-Day. Billy, Kaz, and Big Mike are assigned to investigate a double murder close to the front lines in Normandy. An American officer and a member of the French Resistance were found dead in a manor house outside the town of Trevieres.

The investigation is shrouded in secrecy, due to the highly confidential nature of the American unit headquartered at the Manoir de Castilly; the 23rd Headquarters Special Troops. This vague name covered a 1,000-man unit with a unique mission within the US Army: to impersonate other US Army units in order to deceive the enemy, causing them to think they were facing large formations, when in reality it was the 23rd (they called themselves the Ghost Army) creating deceptions by radio traffic, dummy inflatable vehicles, and sound effects. Not even the units adjacent to their positions were to know what they were doing.

The balance of power in WWII hangs in the balance - can Billy solve the crime before the Ghost Army is exposed?

What listeners say about Solemn Graves

another good story in the series

I listen to this in the audio of yours and then as usual I struggle with a differentiation of the characters I know it's really hard to do but there was a really good performer with the first four books of the series. overall it's a good plot shows a lot of the conflicts between the internal groups in France during the occupation and immediately after liberation. there's enough twists and turns that keep it interesting

I felt like the author really did a great job with the characters. Their interactions went a little further within the story and it held together well. The mystery was well done and I thought the ending was handled in typical Billy Boyle fashion. Well done and well narrated.

The most bizarre was real!

I am privileged to know Jim Benn and his reputation for accuracy re. writing about military actions during World War II, so when I encountered one bizarre chapter about a Ghost army, I wondered if it was his vivid imagination or that it had really existed. That kind of wondering is what makes this book so intriguing. It is a page turner...I listened on Audible and grew to appreciate the narrator’s accents...esp. the French, German, and Polish. Now I have to wait another year for Billy Boyle and his buddies’ next escapades.