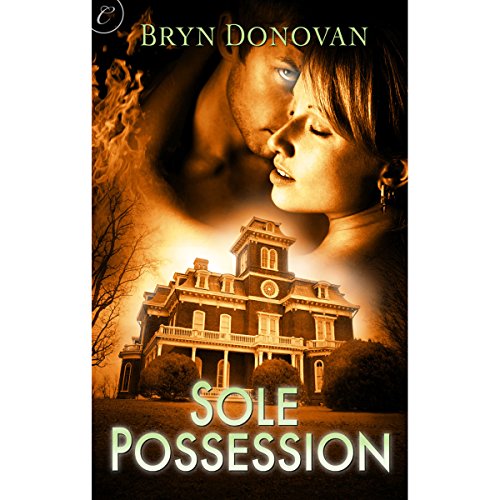 By: Bryn Donovan
Narrated by: Maia Guest
Length: 10 hrs and 31 mins
Categories: Romance, Contemporary
4 out of 5 stars 4.1 (34 ratings)
This title is included in Audible Escape

After David Girard inherits his family's creepy old estate - a place that holds only tragic memories for him - he wants nothing to do with it. The sooner it's out of his possession, the better, so he hires Andi Petrowski to fix it up for a quick sale. He's immediately drawn to the feisty contractor, but he fears his father's cruel legacy will ruin everything.

The moment Andi enters the Girard mansion, she's haunted by disturbing visions. She tries to brush them off, but her attraction to David isn't as easy to ignore. Their relationship soon crosses the line from professional to personal, despite his guarded nature and warnings about his dark past.

When the dreams and visions intensify into very real violence, David and Andi are desperate to uncover the evil threatening to possess him. Could Andi's gifts be the key to uncovering the darkness within David? And will he be strong enough to break the family curse and protect the woman he loves?

Why is it that some of the best audio books are but, one. One by an author who we never hear from again.
Anyway, this was a very interesting, different and gripping story. I enjoyed it a great deal.It kept my interest throughout.
It's not the typical romance novel, which was nice for a change.I'd love to hear more from this author!

Love this book.... And the reader is very good... It was easy to keep up and makes you feel like your right there.

Great story, made even better with the superb narration done by Maia Guest. A classic haunting plot with the perfect ending. I enjoyed all the characters and it was hard to put it down. I kept wanting to know what was happening next, all the while hoping Andie and David would be ok. I recommend this audiobook, I'm glad I listened to it!

Burning Down the House

Very good paranormal romance.A female Contractor who also can sense and see ghosts, gets hired by the very wealthy,handsome and troubled owner of the cursed mansion.Together they work to break the family curse,finding love and romance in the process.Danger and intrigue mixed with alot of steamy,sexy moments make for a fascinating story.Maia Guest did a great job playing the roles of all the characters bringing life and believability to the story.A must listen:)

The plot and events were reasonably interesting. The characters and the relationship needed something.

The main plot was about multiple ghosts in an old house. Evil things happened in the past, and something evil is influencing people today. The process of how Andi and David found out about the ghosts, learned what happened to them, and what they did to get rid of them was interesting - but not fascinating. I never felt pulled in or eager to read. It was more of a way to pass the time. It needed something. It felt more of a mystery than a romance. I enjoyed the definition of Andi, a female construction contractor.

David never dated anyone more than a few weeks and always dates the willowy model types. Along comes Andi to work for him, she’s short and on the round side. He talks to her on day one. They have sex on day two. It was too soon. I didn’t see why he was attracted to her. A gossip magazine called him the hottest bachelor of something. Andi seemed to be attracted to him the way most women would want to date the hot bachelor. I guess I wanted to see something unusual or special causing an attraction. It wasn’t there. They just meet, and soon they have sex. The sex scenes were ordinary. They could have used more emotion or anticipation.

I did not like one stupid event. David and Andi had a plan for getting rid of an evil spirit, but David forgot to bring something. They decided to go ahead without it. They should have delayed two hours to get it, or wait until the next night. I was annoyed.

CAUTION SPOILER:
They burned the house to get rid of an evil spirit, but part of the house remained after the fire. The main characters move on as if the problem were solved. But the spirit could still be there. It was not explained. It bothered me.

NARRATOR:
The narrator Maia Guest was ok, but I noticed two problems. More than once she didn’t show the correct emotion. Example, someone screamed something, the narrator read it in a calm voice. The second problem was the psychic Morty. He had a Chicago accent. I live in Chicago and know about two well known accents. The narrator wasn’t close to anything I’ve heard. What the narrator used for Morty was weird.