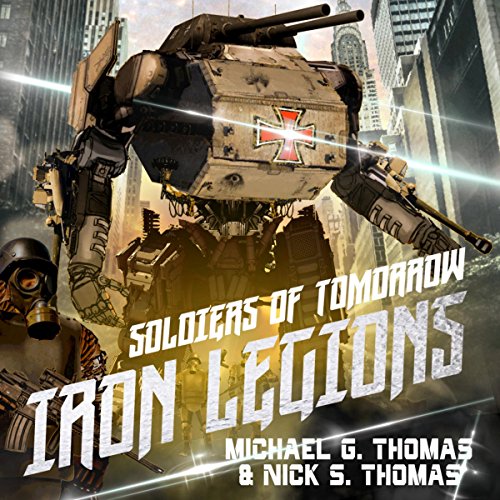 The Nazis and their allies won the war, but peace in the twenty-first century is proving much harder to keep. It's twenty years since the failed British Mutiny left London a burnt-out husk. A reminder of the new world order that covers most of the globe. Yet even in this dark time there are rumours of growing resistance movements deep inside North America. The patriotic freedom fighters of New York City have the willpower to succeed, but what can they do against the unending numbers of Reich soldiers that occupy their defeated nation, and their monstrous walking machines of war, known as Landships?

What listeners say about Soldiers of Tomorrow: Iron Legions