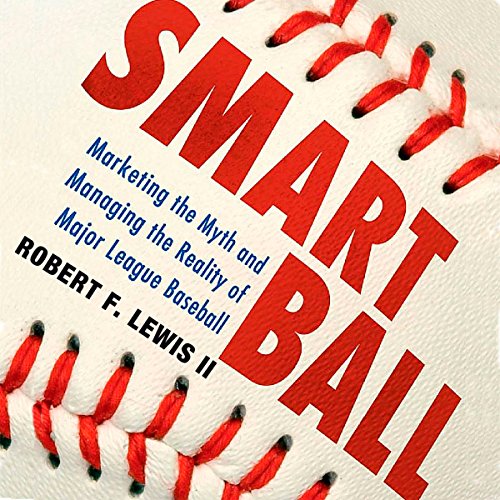 Smart Ball follows Major League Baseball's history as a sport, a domestic monopoly, a neocolonial power, and an international business. MLB's challenge has been to market its popular mythology as the national pastime with pastoral, populist roots while addressing the management challenges of competing with other sports and diversions in a burgeoning global economy.

Baseball researcher Robert F. Lewis II argues that MLB for years abused its legal insulation and monopoly status through arrogant treatment of its fans and players and static management of its business. As its privileged position eroded in the face of increased competition from other sports and union resistance, it awakened to its perilous predicament and began aggressively courting athletes and fans at home and abroad.

Using a detailed marketing analysis and applying the principles of a "smart power" model, the author assesses MLB's progression as a global business brand that continues to appeal to a consumer's sense of an idyllic past in the midst of a fast-paced, and often violent, present.

What listeners say about Smart Ball

Smart Book with an Unfortunate Narrator

Lewis presents a provocative, scholarly argument that takes considerable focus to listen to and fully grasp (I've purchased the book to re-read his argument). And while I very much appreciated his perspectives, the narrator was extremely annoying in his frequently mispronounced words. Dominant among these words, and one that author Lewis uses throughout his book: "Pastoral." Pronounced "pas-TOR-al" by the narrator, every time he said it, I had to keep saying out loud: PAS-tor-al. grrrrr.... I went to online dictionaries to listen to audible pronunciations of this word, just to confirm that some new way of saying it hadn't entered the English language. It hasn't. So, the narrator (and whoever let him continue saying not only this word -- an especially important one when talking about the myth of baseball -- but the names of players as well) made this an even more difficult read. But I pushed on because I found the argument fascinating and, well, SMART.

Packed with great baseball business facts, but technical and dry. I would get another book by this author for informational purposes.