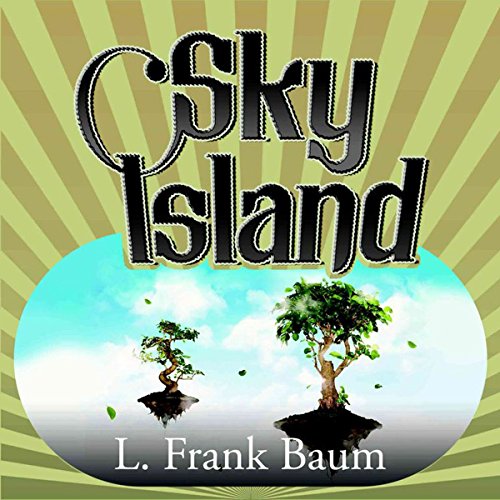 One day a young girl, Trot, encounters a strange young boy with a big umbrella. She learns his name is Button Bright and he uses this umbrella to go on long journeys. Trot's friend, Cap'n Bill, joins the two children and they venture to a fantastical island, which they call Sky Island, as it is halfway in the sky. The island is split into two sides - the blue side and the pink side. They arrive first at the blue side - a dangerous and hostile place. The leader of the blue side, the Boolooroo of the Blues, is an evil man who punishes people by chopping them in half and sewing mismatched pieces back together.

The Boolooroo captures Trot, Button, and Cap'n Bill and gives Trot as a slave to his daughters. The three eventually escape and make their way over to the pink side of the island, a much happier but still dangerous place. The laws of Sky Island insist that the visitors be thrown off the side of the island, and even the leader cannot save them. Trot, Button, and Cap'n Bill seem to be in an inescapable place of danger and they will need someone or something very powerful to save them from Sky Island.

L. Frank Baum (1856-1919) was an American author of children's books, most famous for his The Wonderful Wizard of Oz. Sky Island is a sequel to Baum's The Sea Fairies, a children's fantasy novel concerning the adventures of Trot and Cap'n Bill.

What listeners say about Sky Island