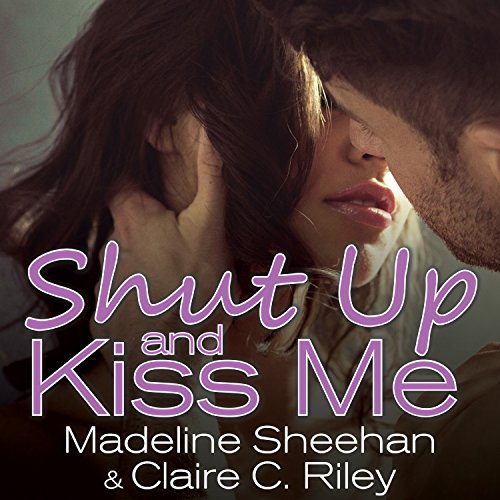 Shut Up and Kiss Me

After relocating from a small town in Tennessee, Mila has been living in New York City for a year and a half, more than happy to be lost in the crowd. Living vicariously through her best friend and roommate, Nikki, Mila spends her days waitressing and her evenings at home. Then, one night, after getting exclusive tickets to a nightclub downtown, Nikki is able to convince Mila to let loose for once.

Having lived a privileged life, William is used to getting what he wants and who he wants. But now, in his 30s, he's seeking more from his life than mindless sex or, worse, mindless women. Spotting Mila from across the club, he senses right away that she's different from what he's used to. One night together will change everything for both of them. Pasts and futures will collide, secrets will be revealed, and the results will transform both their lives forever.

What listeners say about Shut Up and Kiss Me

I read the book and enjoyed it. It was a pleasant, sweet book and very unlike these two incredible authors who manage to have lots of twists and turns and not always happy endings in their other stories. The audio was ruined for me by the narrator. Just a terrible whiny voice. What a pity. But again, I love these two authors and the story itself is sweet.

I thought It was quite the charming story up until Mila see the news about her friend. Then it become a total frustration party of: "He loves me, so I owe him", "I can't tell him", "I'm so selfish", "I have to Go", "I have to tell the truth", "I can't tell the truth". Even though you can understand the frustration, this just get ridiculous and Mila just reflects as overly dramatic, can't take charge and stand for her decision. Just too much drama and too little common sense.

The narrator is awful!

I couldn’t even make it past the first chapter. Her southern accent is terrible and since she is trying too hard for it she speaks really slow and drawn out. Maybe it’s just me since I’m from Texas but I couldn’t stand it. Also I really don’t like books that switch between 1st person to 3rd person.