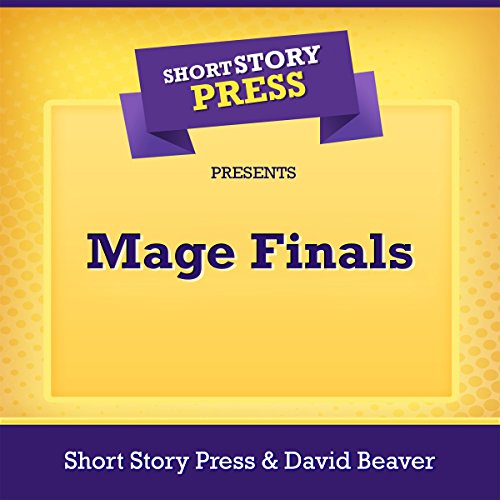 The story of "Mages Final" revolves around Keldon, a dedicated student at the Academy of Magical Arts. The honor student often spends late nights studying, and most of his life revolves around his books. More than anything, he wants to be a great wizard, and he will sacrifice the human pleasures of fun, fellowship, and even sleep to achieve that dream.

Things grow worse as finals approach. The pressure is on, and Keldon is studying more than ever. As he will find, however, no amount of studying will prepare him for this.

The headmaster decides to administer a more practical final in lieu of tests and essays. Instead, Keldon will have to journey to a dark lair where many undead abominations await, and he will ultimately have to battle a dark and powerful necromancer in order to stop him from achieving his sinister dreams of immortality and lichdom.

In order to pass his test, Keldon must not only survive by defeating the necromancer and his undead minions, but also by displaying selflessness and virtue. Perhaps he will be his own worst enemy as he faces a dark temptation.

Will he survive and pass the test to become a mage and someday a great wizard? Or will he ultimately fail and face the possibility of defeat and oblivion?