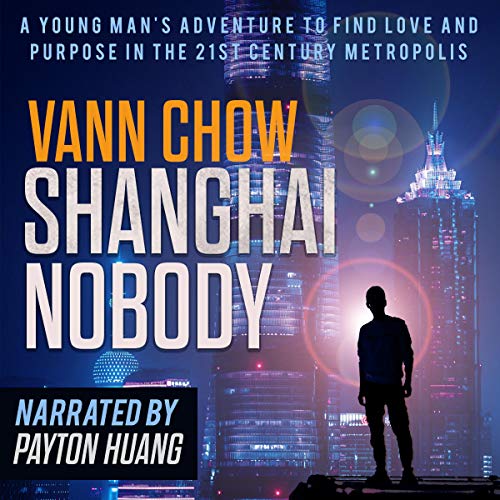 Shanghai Nobody: A Novel

Top 20 Featured General Fiction of the year 2016 by Canadian book reading platform with over 65 million users.

A story from China that enthralled over 85K+ readers around the world.

Jong may be clever, but he was so awkward when it comes to dealing with women. After his girlfriend broke up with him, Jong got into all sorts of troubles. A chance encounter put him under the radar of Shirley Li, the daughter of Li Kun, one of the richest men in China. Shirley quickly became obsessed with him and hinted at the possibility of a long-term relationship. She whisked him away to America on a whirlwind honeymoon tour, but little did he know that there was a hidden agenda behind her apparent affection. Meanwhile, Jong met an American student Marvey who worked for the Li's. Charming, kind and optimistic, she was someone who truly took his breath away. Was he going to admit to his feelings or just let Shirley run over his life?

Written in a humorous tone, author Vann Chow brought you a satire of urban life in China. The story explores China's cultural phenomenon such as gender imbalance, selfish generation, newly rich, migrant workers, digital loneliness and Capitalist tyranny, reflecting on the glamorous and not-so-glamorous side of the rise of a modern nation through the eyes of one nobody of Shanghai.

Shanghai Nobody is the story of one young Chinese man's adventure to find love and purposes in the 21st-century Chinese metropolis.

What listeners say about Shanghai Nobody: A Novel