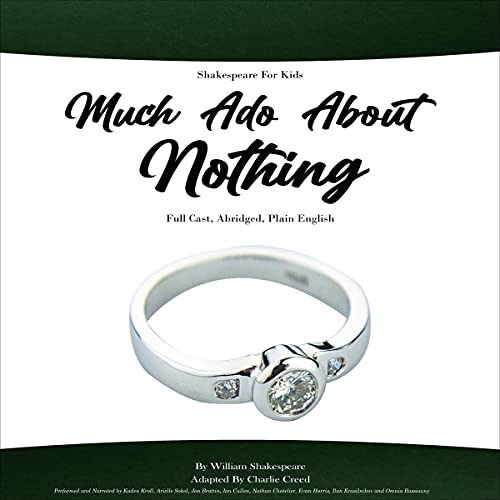 Shakespeare For Kids - Much Ado About Nothing

This is a plain English production of the Shakespeare's classic play Much Ado About Nothing. Set in Italy, it tells the story of a romance between Claudio and Hero that is interrupted by a devious plot. This is a full-cast production of the work adapted by Charlie Creed to plain English and condensed to a 25 minute theatrical production with music and sound effects. This makes it suitable for a younger audience, though the themes of love, trickery and heartbreak, though softened and made age-appropriate are more suitable for older children aged eight years and over.

Rest assured, the play has a happy ending. The original play is believed to have been written in around 1598 and was published as part of Shakespeare's First Folio in 1623. The play deals with many of Shakespeare's trusted themes such as mistaken identity, deception, and fidelity.

What listeners say about Shakespeare For Kids - Much Ado About Nothing