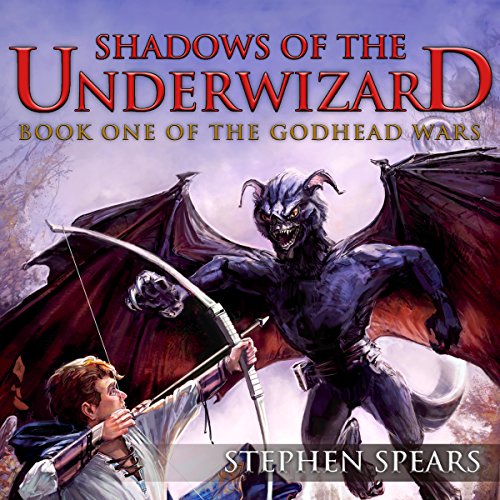 By: Stephen Spears
Narrated by: Harry Benjamin
Try for $0.00

As four runaways on the cusp of adulthood bristle at their homeland's restrictions, they are pursued by agents both otherworldly and all too human. Along the way, as portents spell the return of ancient magics and forgotten monstrosities, they find themselves thrust into the chaos of prophecy, schisms, and war. In this debut to The Godhead Wars series, Stephen Spears presents a fast-paced fantasy epic that bridges a world's past and present, brings its people's hopes and fears to life, and pits good against evil in a rich new universe.

What listeners say about Shadows of the Underwizard