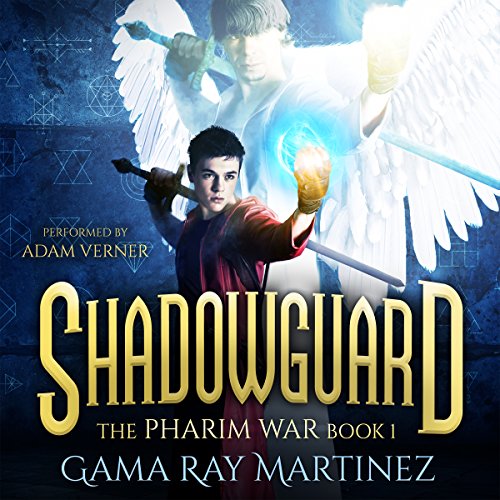 By: Gama Ray Martinez
Narrated by: Adam Verner
Try for $0.00

Sponsored by a rich patron, Jez attends the Carceri Academy, where many of the country's elite go to study. Though his patron forbids him to study it, Jez finds he has an aptitude for battle magic. When a sleeping sickness sweeps the land, Jez begins experiencing strange visions of the creation of the world. He investigates them and discovers a trail of dark magic that indicates his patron may not be as benevolent as he originally believed, and Jez himself may be much older than anyone suspects.

What listeners say about Shadowguard

Great book! Great back story and an interesting new world to explore. The book is kind of part Harry Potter and part Percy Jackson. My only complaint is that I wish it was longer, especially in the middle section about the Academy. Can't wait for the second one!

Loved it. if you like Harry Potter, Fablehaven, Lord of the Rings this is a cross between everything is a great fantasy story with angels and demons in it instead of elves and Dragons.

I LOVED this book!

I got this book at the recommendation of a friend and I am so glad I did! The only challenge was I liked it so much I wanted to stop doing everything else so that I could finish it. I can’t wait to get through the rest of the series!

It was better then I thought it would be. it's just shorter then I normally listen to.

I was sucked in from the first chapter. Jez's world evoked wonder and made me want to discover my own hidden abilities. Shadowguard is a tale of growing and discovery, as well as trials and adventure. I can't wait to see what happens next.

The book was very childish and straightforward

The story seems rushed. The author just kinda does a fly by of events in the story that could have been delved into. I do like the background put into story though, the author spent time to develop a rich history/mythology, unfortunately that's all he spent time on the rest he seems to forget. So while the story lacked in many areas it wasn't unreadable.

this audio book is really good. it's got a good back story. alot of action and an interesting book. can't wait for the next book to come out