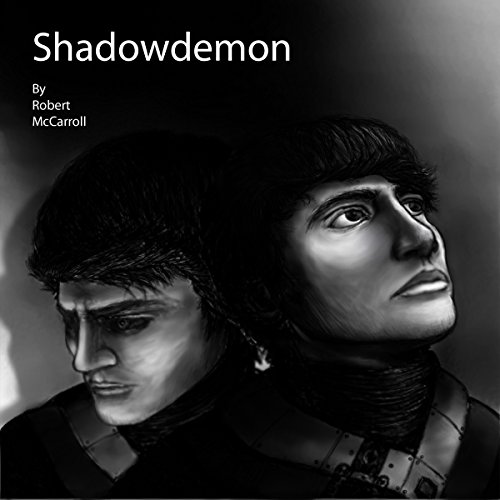 By: Robert McCarroll
Narrated by: Corey Ambler
Free with a 30-day trial

Remaining in the hero life had been a difficult decision for Travis Colfax. He's managed, so far, to juggle the demands of his team with the usual daily stress. His inner demons, however, are becoming more vocal.

Struggling to catch the remaining Morlocks in New Port Arthur is difficult enough, but the ill wind blowing in threatens to grow into a maelstrom of problems.

Travis' brother's return from the West Coast is initially a cause for celebration, though he speaks of corruption within the hero community. Someone is setting off bombs in the city, creating more chaos. And as something dark starts to conduct swift and brutal attacks on the team in the dead of night, the strain on Travis begins to unravel his poise.

Then there is the one last question: what is Firegod?

What listeners say about Shadowdemon

Better than the last.

Loved it more than the first. Even the reader seems to have improved though could still use some work.

Worth reading but not much story advancement

Would you listen to Shadowdemon again? Why?

In the end yes I would listen to Shadowdemon again. Despite a lot of the information being repeated from the first book: description of the same bureaucracy and the trouble it causes, some of the same villains with few new ones, same development and growth issues (although this one does have new elements added) I still thing this was a good worth listening to again. Its different and interesting I just wish it was

Shadowdemon since he is the main character.

While not quite as good as the first book in the series, this is a thoroughly entertaining sequel.

Shadowboy, now Shadowdemon, is still suffering form the events of the first book. He still cannot sleep and he has an alien voice in his head. Then his brother, who also a superhero - his power is reanimating and talking to the dead - comes for a visit from the West Coast. Opportunities are opening up for him, in the way of taking over a 'legacy hero' name, but also with him comes trouble - he believes his superhero team is corrupt and walking a fine line between hero and villain. Add to this a new shadowing creature attacking heroes, bombs being planted around Stirling, a dragon beast, a visiting rock star, and the continual trouble from Morlocks things are getting very hectic for Shadowdemon.

With the background all set up in the first book Shadowdemon is able to jump straight into the story. It deals a lot less with the convoluted mechanics of the superhero business (insurance, rules governing name changes etc) and takes it for granted you understand this from the previous installment. This makes for a smoother story than it would have been if it had retreaded the old ground of explaining these things.

The story moves quickly, from one bit of trouble to the next, but manages to weave the multiple stories and events together to a tight and satisfying story. The story just urges you to keep going, to find out what is happening next.

Corey Ambler returns as narrator. Like the first book he does a great job. In my review of the first book I mentioned that a character was hard to understand - that character isn't in this book and thus the main annoyance with the first book is removed. Pacing, voices, emotions etc all really enjoyable.