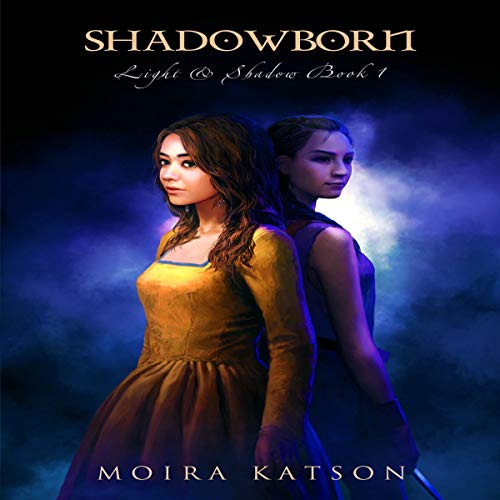 Friendship and loyalty, secrets and intrigue, prophecy and illusion....

I was four hours old when I was cast out by my mother. I was cursed, she said. Kinder to let me die in the snow and the wind than let me live, only to be betrayed.

I was 12 when the Duke found me and turned me into a Shadow: Bodyguard, spy, and assassin.

I was 14 when he brought me to court. He wanted his niece on the throne by any means possible. I was to be her weapon, wielded as she and the Duke saw fit.

But she wants more. She’s playing her own game.

And the court holds its own secrets. A war centuries in the making is ready to erupt and we are in a race against time to keep it from consuming whole empires.

Shadowborn is the first book in Moira Katson’s acclaimed Light and Shadow series. Based on the intrigue and shifting loyalties of the War of the Roses and the Tudor dynasty that followed, Light and Shadow exists in a world that never was - a world of magic and prophecy....

What listeners say about Shadowborn

Sheer-Ziarko performs a beautiful reading of this classic high-fantasy tale, bringing each character to life. It’s a delightful listen and I look forward to Book 2!