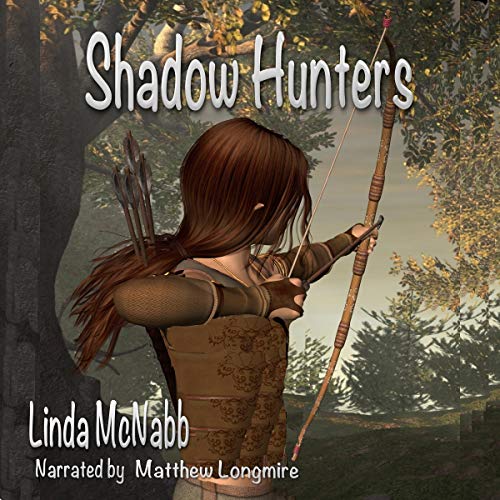 Have you got a shadow? Then hold on to it...before it betrays you!

Elves who live secretly in the midst of the human world are known as "shadows". After a near miss on the king during a royal hunt, the rumor is spread that the elves were trying to kill the king. Now, elves live in constant fear. The king's shadow hunters seek to capture and lock them up.

Rhonan and his sister, Dyahn, are half-human and half-elf, and when they sneak away to play with the wild ponies on the moors, they accidentally lead the shadow hunters back to their family.

In a twisting and turning tale of dragons, magic stones, and broken promises, they must try to save their parents from the wrath of the king. This story is best listened to after The Dragon's Apprentice but stands alone as well.