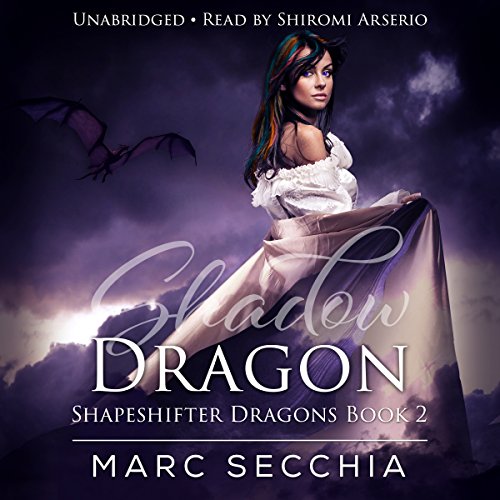 By: Marc Secchia
Narrated by: Shiromi Arserio
Try for $0.00

Chameleon shapeshifters, uncontrollable storm powers, and the rise of Sylakia's dragon-elite. The battle against evil scales new heights, but the price of victory grows ever dearer.

Once, a shadow dragon ravaged the Island-World. Insatiable. Unstoppable. A dragon-killer. Now the shadow dragon has reappeared, on a collision course with Aranya and King Beran's campaign to liberate the islands from the scourge of Sylakian tyranny. He is dark, beautiful and deadly, a predator of untold power.

Meantime, Thoralian weaves his web of guile and betrayal right in the hearts of Aranya's friends and allies. He will bring them to an encounter only he can win.

Incredible aerial battles. An ancient dragon bent on enslaving Aranya. The treacherous secrets of dragon magic. This is the fight for which destiny has shaped a heroine of rare courage - Aranya, Princess of Immadia. Criminal. Shapeshifter dragon. A woman who will confront evil at any cost. Spite her at your peril.

What listeners say about Shadow Dragon

Please put book 3 and 4 on audible I want to hear them the ones I've heard so far are great..