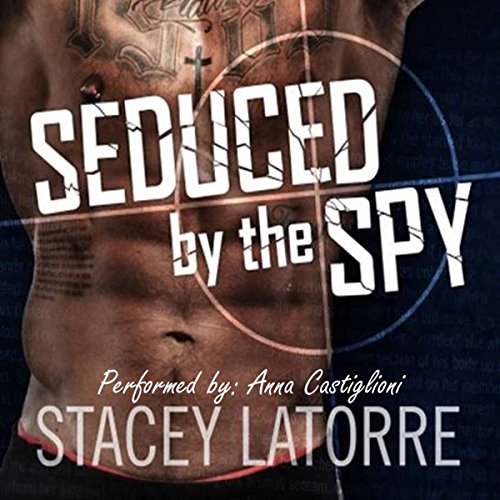 Seduced by the Spy

By: Stacey LaTorre
Narrated by: Anna Castiglioni
Try for $0.00

I tried to resist him the moment I met him.... But he still won.

All-American girl Charlotte never imagined she'd be living in an Irish castle with her best friend, Jo. But with the recent inheritance, new husband, and surprise pregnancy, Jo finds herself leaning on Charlotte heavily. In fact, when Charlotte arrives, she's surprised by the fact that Jo is leaving her in charge of managing the building addition at Moroney Whiskey alone for four weeks.

Charlotte has a great track record supervising large construction projects making her feel qualified for the task at hand. So when the sexy-but-scarred contractor Carrick flirts with her shamelessly, she brushes him off, even though she feels an intense attraction to him. However, this distillery presents challenges that she can't believe. When devastating sabotage begins creating havoc, she realizes she's over her head. When all seems lost and she's trapped in the inferno that used to be her friend's brand new building, she needs a hero.

And when Carrick saves her at the last moment, she wants nothing more than to surrender to him. Heat continues to build between the two of them to a level that threatens to explode and the love they feel for one another intensifies. However, Carrick has his secrets. Can this smoldering relationship withstand the truth behind the real reason he's in Ireland? Will they survive the murderous threat that continues to follow them?

What listeners say about Seduced by the Spy

I wanted to like this book. I listened to the first one in the series and barely got through it. I had decided to give the author another chance. Bad idea! The story is sophomoric and the narration is beyond terrible. The editor should be fired. There were mistakes in the narration, and repeated words in both books. There is background noise throughout the book which was clearly not supposed to be there. The narrator speaks too fast without any inflection. The story kills characters right and left for no reason. It’s depressing and did not move the plot. I have never written a bad review before but this was just awful!