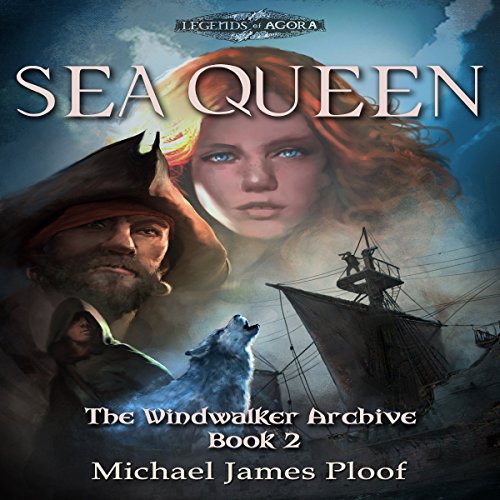 After a lifetime of abuse at the hands of the murderous Vald, Talon Windwalker is finally free. He sets out across the sea in search of Akkeri, with his spirit wolf Chief at his side.

Talon may have escaped the injustices of the barbarian island, but he cannot escape what he is - a Skomm runaway. Hunted, he must thwart his pursuers while searching for his lost love.

After joining up with a group of fellow runaways wanted for killing their master's guard, Talon discovers clues to Akkeri's whereabouts. His quest leads him across the foreign landscape of Agora, and onto a slave ship holding hundreds of his fellow Skomm.

With Chief at his side, and the elven ring Kyrr, Talon finally has the power to destroy his oppressors. But power comes at great cost. The lure of his magical trinkets gains him the attention of those who would take it for themselves. He begins to realize that with such power, he has a responsibility to help his oppressed people. However, in doing so, he may lose the only lead he has to finding Akkeri.

Talon Windwalker wants only a quiet life - if only he could escape the shadow of his own legend.

Set 200 years before the events of Whill of Agora, Talon, the first book of the Windwalker Archive, reveals the origins of Dirk Blackthorn's spirit wolf, Chief. The Windwalker Archive is a coming of age tale rich with magic, culture, friendship and lore. It is a fast-paced race against time; an underdog story wrought with action and adventure. Fans of the Legends of Agora books will be introduced to unforgettable new characters, and revisit a few old friends.

Although Talon takes place chronologically before Whill of Agora, it can be listened to before or after.

What listeners say about Sea Queen