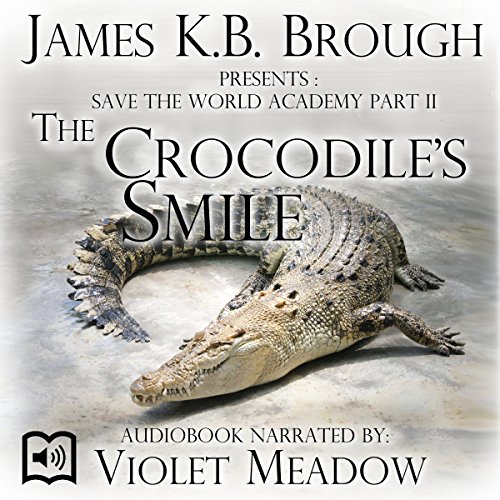 Save the World Academy Part II: The Crocodile's Smile

"The House chooses who the House chooses" - A wicked sentiment the second year students at Save the World Academy are forced to learn alongside the pains of being an adolescent. In this sequel to The Sword of Steel, Jade attempts to harness her skill and discover more of her father's plans, unaware of a looming reptilian threat deep in the swamps that is preparing something sinister for the green-eyed girl and the unorthodox pupils of Save the World Academy.

What listeners say about Save the World Academy Part II: The Crocodile's Smile