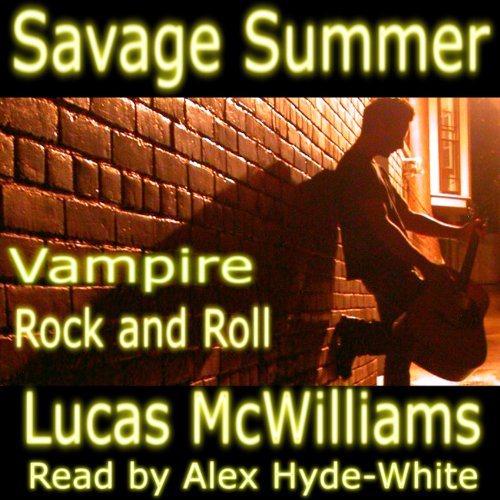 By: Lucas McWilliams
Narrated by: Alex Hyde-White
Try for $0.00

Set in contemporary Seattle, Savage Summer is a supernatural thriller as well as a love story. Seventeen-year-old Duncan is pretty sure he died recently in the car crash that killed his foster mother. His life really gets complicated when he is thrust into a new foster home, a new high school, falls in love with Amber, the hottest redhead in school, joins her rock band Savage Summer and develops a disturbing thirst for blood.

Their band, Savage Summer, gets a gig at a local club, Eros, which turns out to be a haven for vampires. Duncan is forced to protect his new girlfriend Amber and the rest of the band from hungry bloodsuckers and the seductive tunes of Zeal, the vampire rock star. Meanwhile the ruler of the city's vampires, Sapphire, is trying to seduce Duncan. But all Duncan is really interested in is trying to be a normal kid who feels he has finally found a family with Amber and Savage Summer. Duncan struggles with his love for Amber versus the realization she might be safer if he just walked away.