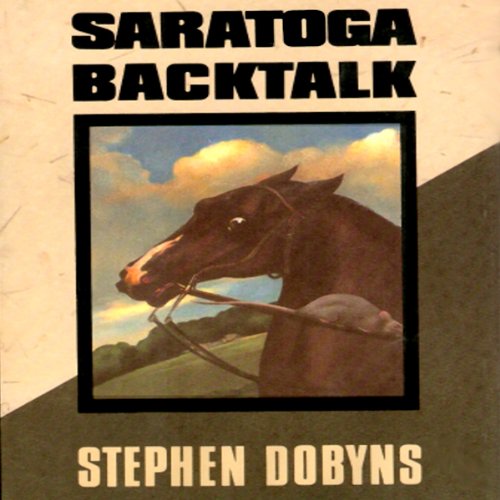 By: Stephen Dobyns
Narrated by: Michael Behrens
Try for $0.00

Saratoga Springs, the famous racing center, is again the setting for Stephen Dobyns's eighth mystery featuring Charlie Bradshaw, local cop turned private eye. This time, since Charlie is about to go on jury duty, his off-beat sidekick, Victor Plotz - "a high-on-pragmatism, low-on-ethics kind of guy" - agrees to poke around when wealthy horse owner Bernard Logan is kicked to death by a horse. Logan's death surely looks like an accident. Yet just a few days before, Logan had come looking for Charlie, convinced his wife wanted him dead.

It soon turns out that a host of folks at Battlefield Farms don't much like each other. Then rats start popping up all over the place. Before the case is closed, there's plenty of mayhem and misdeed, including shenanigans at the race track.

This is the kind of sophisticated, elegant story where Stephen Dobyns excels. And dedicated Dobyns fans need not fear; Charlie Bradshaw is very much on the scene. Once more the witty, moodily reflective investigator comes through as a "stand-up full-fashioned creation" (The New Yorker), with the irrepressible Victor Plotz as his perfect foil.

What listeners say about Saratoga Backtalk