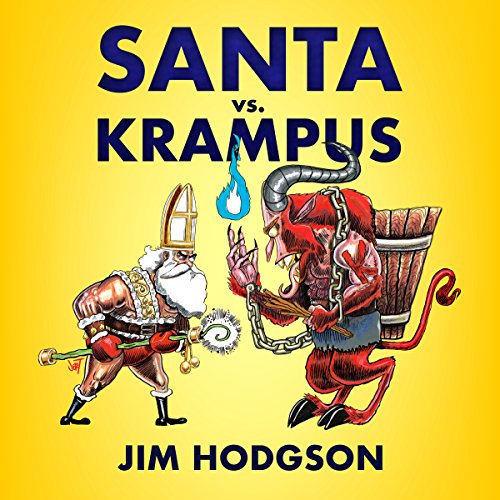 By: Jim Hodgson
Narrated by: Quintin W Allen
Try for $0.00

What if wizards were real but we knew them as mall Santas? The Santa Claus myth we know and love is just a cover for a secret order of wizards. They wield a system of magic that draws on the power of swear words to battle the forces of the evil Krampus.

Daniel is a college kid who needs a job. He finds work at the mall Santa kiosk but almost loses his life on his first day when Krampus's minions attack.

He learns magic is real, Santas are wizards, and swear words hold great power. There's an ongoing battle against evil for the fate of the world. Can Daniel take up the fight? Can he learn to do magic too? Will the Santas survive the onslaught of the forces of Krampus?

Find out in Santa vs. Krampus!

What listeners say about Santa vs. Krampus