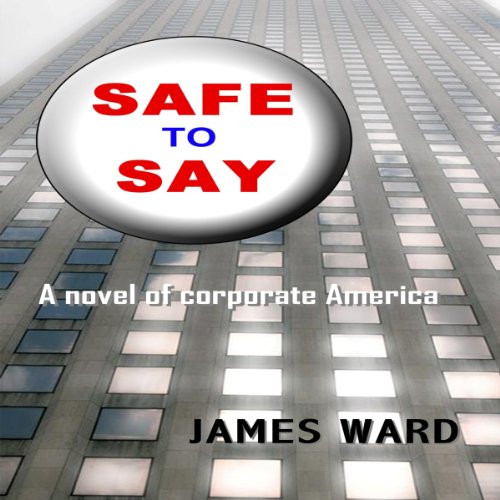 By: James Ward
Narrated by: Steve Berner
Try for $0.00

Packed with humor and insight, Safe to Say explores the gut wrenching absurdities of life in corporate America. Set in the 1980's amidst the decline of an iconic company, the story centers on the eventful careers of two characters - Harmon Wolcott and Riley O'Brian. Harmon, a young man raised in the farm country of upstate New York, joins the company to fulfill his father's great wish; Riley, a young woman raised in Jersey City, New Jersey, is intent on fulfilling her own high expectations, instilled by her strong-willed Dominican mother.

Despite their differences in background, Harmon and Riley share the traits of intelligence, ambition and an aching desire for approval. Their paths converge and the stakes are raised when both are assigned to a select group charged with pleasing upper management. The story of their accomplishments, disillusionment and ultimate chance at salvation reads like a cross between Catch 22 and The Firm. If you have ever had the corporate experience, or just wondered about it, you will find Safe to Say smart, touching and funny.

What listeners say about Safe to Say