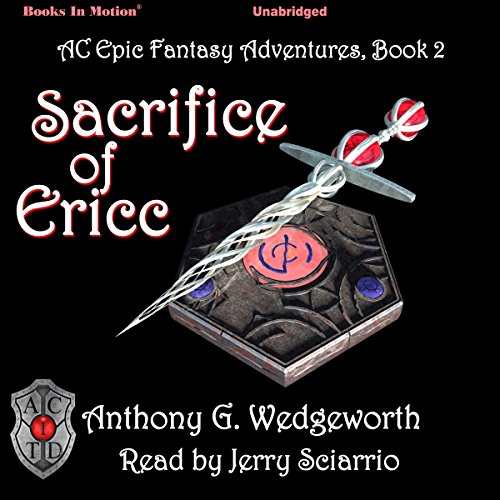 By: Anthony G. Wedgeworth
Narrated by: Jerry Sciarrio
Try for $0.00

The Eve of Light sets the timetable of the prophecy to come true: Ambrosius' son, Ericc, will be sacrificed at the Temple of Surod. Darkmere and his son, Lord Bredgin, will ensure the prophecy comes true in order to rid the family line of future threats. Lord Bredgin uses his powers of light and darkness to destroy anyone in his path while he hunts down Ericc. Bredgin has been training his entire life to prevent the second part of the prophecy from coming true, for if Ericc is not sacrificed, the boy is be the one who will kill Lord Bredgin.

Thorik searches for Ericc, only to find out that the young man has revenge on his mind. Unable to talk him into going into hiding from Darkmere and Lord Bredgin, Thorik ends up losing the young man to the enemy's hands. In his effort to save him, Thorik accidently becomes an outlaw of the local province. Thorik and his team chase Ericc across Australis, while being chased themselves for crimes in Southwind.

What listeners say about Sacrifice of Ericc