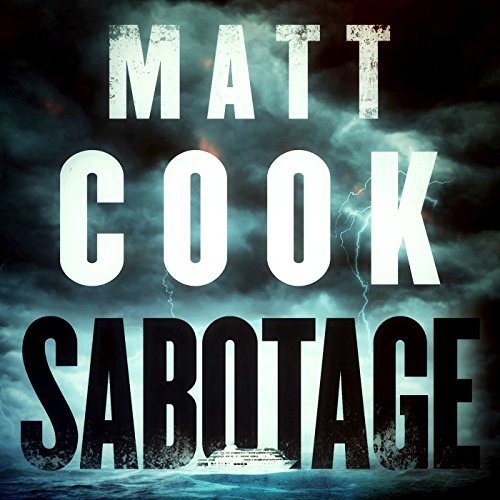 By: Matt Cook
Narrated by: John McLain
Free with a 30-day trial

A cruise ship loses power in the North Atlantic. A satellite launches in the South Pacific. Professor Malcolm Clare - celebrated aviator, entrepreneur, and aerospace engineer - disappears from Stanford University and wakes up aboard an unknown jet, minutes before the aircraft plunges into the high seas. An extortionist code-named "Viking" has seized control of a private warfare technology, pitting a U.S. defense corporation against terrorist conspirators in a bidding war. His leverage: a threat to destroy the luxury liner and its 3,000 passengers. Stanford doctoral student Austin Hardy, probing the disappearance of his professor, seeks out Malcolm Clare’s daughter Victoria, an icy brunette with a secret that sweeps them to Saint Petersburg. Helped by a team of graduates on campus, they must devise Trojan horses, outfox an assassin, escape murder in Bruges, and sidestep treachery in order to unravel Viking’s scheme. Failure would ensure economic armageddon in the United States.

Both on U.S. soil and thousands of miles away, the story roars into action at supersonic speed. Filled with an enigmatic cast of characters, Sabotage, Matt Cook’s debut novel, is a sure thrill ride for those who love the puzzles of technology, cryptology, and people.

What listeners say about Sabotage